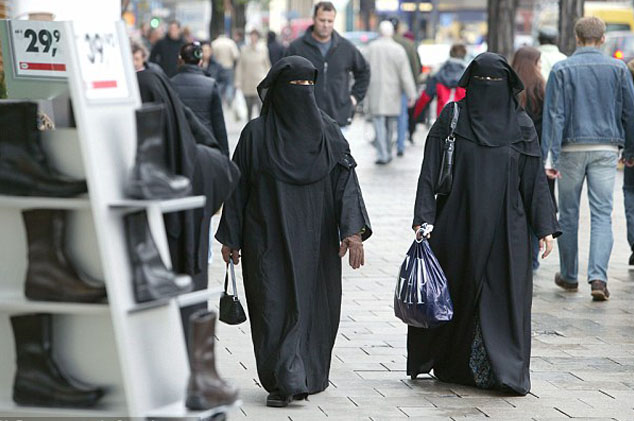 Germany’s lower house of parliament agreed to a draft law on Thursday which introduced a raft of security measures including a partial ban on civil servants, judges and soldiers in Germany from wearing full-face veils at work.

The move comes after Chancellor Angela Merkel called in December for a ban on full-face Muslim veils “wherever legally possible”.

There are five months to go before a federal election, and her conservatives lost some support to the anti-immigrant Alternative for Germany during the migrant crisis.

More than a million migrants, many of them Muslims from the Middle East, have arrived in Germany over the last two years, and concerns about integration are widespread.

German Interior Minister Thomas de Maiziere told the parliament deputies that the draft law is to make an important contribution to clear communication of values and the limits of tolerance to other cultures.

“The draft law, of course, complies with all the requirements of the Federal Constitutional Court’s judgement, but further strengthens the tasks,” he told the German parliament on Thursday.

De Maiziere also underlined that the new draft law would pave the way for a modern police IT infrastructure.

“The new system makes it possible to gather and merge people- and event-related data, and to better understand connections. Which is better for our security, more effective for the police, and at the same time it does not mean less data-protection,” he said.

In February, the southern state of Bavaria, ruled by the Christian Social Union – the Bavarian sister party to Merkel’s conservatives – said it would ban the full-face veil in schools, universities, government workplaces and polling stations.

Meghan Markel Will Give Birth To A...