Home News I Was Once A Drunkard Before GOD Called Me – MOUNT ZION Evangelist, MIKE BAMILOYE
News 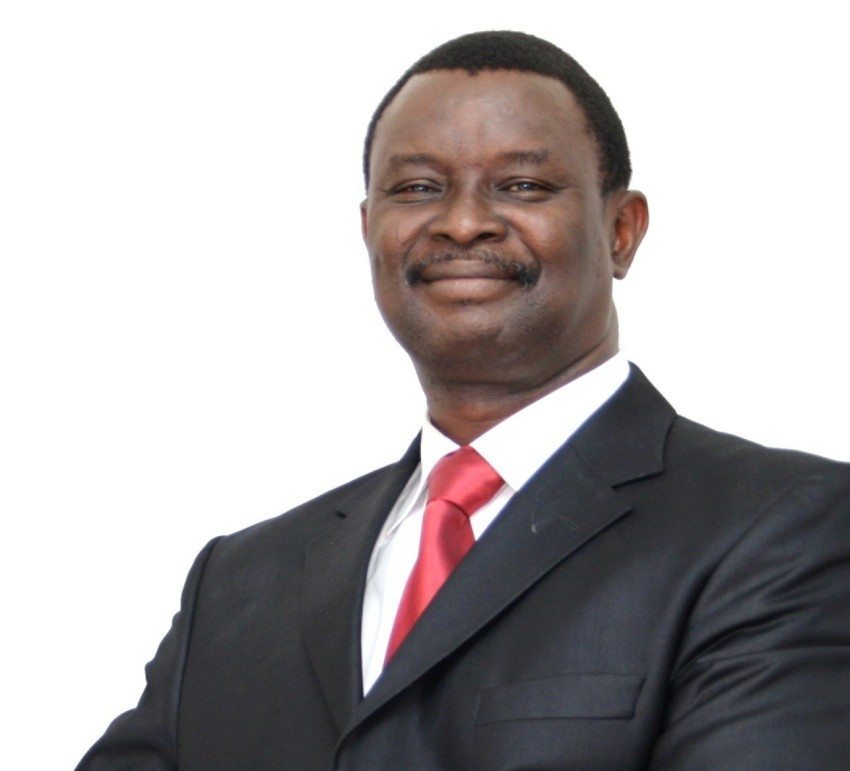 Mike Bamiloye (born 13 April 1960) is a Nigerian film actor, dramatist, producer and director.  He is an evangelist and founder and president of Mount Zion Drama Ministry and Mount Zion Television. Mike was born on April 13, 1960 at Ilesa, a town in Osun State southwestern Nigeria. He was trained at Divisional Teachers’ Training College at Ipetumodu where he began his career. He founded Mount Zion on August 5, 1985. His debut drama, titled Hell in Conference was staged at the National Christian Teachers Conference in 1986 at Ilesa in Osun State. He has featured, produced and directed several Nigerian films over the years. He is married to Gloria Bamiloye, a Nigerian film actress and evangelist, with children (Damilola, Joshua and Darasimi Mike-Bamiloye)

On Monday 13th April, 2020 this great Evangelist celebrated his 60 years on earth, but before then he spoke about his life, Ministry, Marriage in a chat with TVC Your View Programme crew. And this was captured by ISAAC ABIMBADE. The presenter asked the man of God to further explain what he actually meant in his recently posted article where he said the present crisis of COVID 19 is a dress rehearsal to what is coming, which is the second coming of Jesus Christ. Below are excerpts of the story.

My views are very simple. As a Servant of God, we believe Jesus Christ is coming soon. Very, very soon! We believe there will be a rapture. Everything that is happening now is like a preparation toward the rapture of the Saints. That is what I believe, according to the Scriptures. And after that one, there may be crisis/problems. There may be a pandemic. Just like I said, what is happening presently is for us to sit up and pray more, and look towards Christ and amend our lives because what is going to come after the Lord has taken all his children home is going to be more terrible than this one.

The government has directed that nobody should go out. Don’t go to churches. I will like to hear from you. What would you tell Christians now; should they stay home or they should find their ways into church?

No, no! It’s our responsibility to obey the government. A good Christian will obey the government. When you look at the news all over the world, you will discover that it’s even more severe is some other nations. Countries like Italy, the UK, they don’t want you outside at all. So if advanced nations are keeping to this as a way of curtailing the dreaded disease. We still thank God that everything is still normal here. We have not got the curve so much, so to curtail it, it’s very very advisable for us to do the simple thing (stay at home) because that’s what the advised countries are doing.

So based on what you said, that this is a dress rehearsal. People are saying this is rapture. As a Christian, the pandemic won’t come close to you. We have religious leaders pushing the narrative that, as a Christian, you can live your life anyhow, the grace of God will protect you. A lot of people are praying the blood of Jesus is on their doorposts and nothing would happen to their households. What can you say to those who share that mindset?

It’s not rapture yet. I would just say that they should obey. They should obey the government. That law is to our advantage. It’s for our health.

A lot of people have said going to church would never be the same again because people have realised that the church is the people, not the building. As a Pastor, how do you react to this line of thought?

Secondly, we don’t know how the whole thing would be after this event. But people are more conscious of God now.  That is evident in all what we see these days. In social media, you see a lot of people holding fellowship. We believe that at the end of this event a lot of people will get closer to God. It may not increase congregation but it will increase awareness of God. We have seen some pictures of some countries where people were praying and worship for God intervention because we don’t have a vaccine yet. We don’t have a solution yet. And is some countries things are just getting worse by the day. In our own case, we know it’s the mercy of God. People will love God more, I believe.

You have been in this industry for 30 years. Would you say you had been able to replicate Christians movie at the scale you would want to see because we have not seen the growth of Christian movies like what it obtains in other movie sectors and what can be done to further enhance the capacity of that sector to thrive?

A lot of people feel your movies have traumatized them growing up, especially movie like Ayamatanga. Growing up as a Christian a lot of people think that’s not the right approach. Maybe it should be more subtle in the way you convey the message. Why is your own movie so hard like that?

I’m not seeing in that way actually. Everything is not about terror/horror. There are several other movies that are very interesting. Our movie “Our Mother Inlaw” is about marriage. It’s about home. Any of my story is about home and marriage. Our Movie “ Apoti Eri” is about children. It’s about raising up children. So our movies are not just on terror. That time of Ayamatanga and Agbara Nla, that was what was needed because the Lord gave it to us that there was a need for attention. And before Ayamatanga, there were other Television series that was scary. Like Arelu, Yanpon Yanrin etc..

Why is that, most of the content in the secular world is quickly attract young people and I find out that Christian movies seem to be struggling to do that. What is the cause of this?

It’s not a struggle. I don’t see it as a struggle. It’s just a different approach. In the secular world, they make movies and music to entertain the fans. In the Christian drama and movie production, though it must be entertaining also but it must be inspiring. It must be spiritual. It must bring souls to the kingdom of God. So we may not be able to follow the approach of the secular because it’s a ministry. It’s not industry per se. It is not searching for money perse. It’s not looking for fans but for souls. The rules that govern them is not the same as ours.

Let us ask you about your family. How do you raise your children? What did you do differently to be able to convince some of them into what you do?

That is the help of God. My mom was a Christian. She was born into it.  But I wasn’t born like that.  My upbringing was very bad because I lived with different types of people. My mom died when I was young; 4 years old. And my father was far away in the North. I was living with my elder sister and she took me to various places because she too was growing at that time. The beginning was so rough. I was introduced to different types of bad habits from the beginning and that was around 7 years and until I knew Jesus Christ at around age 15, and that was how my experience with Christ began.

I have been in the Ministry since I was 25 years old and God helped me to make the right choice of a woman. I got married in 1988 but it was by the help of the Holy Spirit I was able to identify who my wife supposed to be. So, with her help, I was able to raise my children. So the children grew up in the ministry

I would not say I regret anything at all. The greatest thing that I would say it gives me joy at 60 is about the number of products I have produced. I have produced more than 5 thousand students making Christians movies everywhere. But the most important one is my biological children. I have three of them. Dami, Joshua, Dara. They are all in the ministry. The elder one is the one writing most of the scripts now. The younger one is the sound effect and editor. Making the music of the movies. I’m so happy.

What would Mount Zion do to provide good content that would engage children from 2 years old that will input the right values into them?

My wife is a fantastic partner. With her have been able to do this work. Have been able to raise children. And I married her in the ministry because I found her in the rehearsal hall. And because she has a great vision; she’s is a scriptwriter too. She wrote a lot of those films. She played a significant role in bringing up these children. She is like a prophetess in my house.

Are you saying you never fight? Would you also say you have never had alcohol in your life?

Before I knew Jesus. I think I knew Jesus at age 15 but before then, I did so many horrible things.

My wife and I don’t fight like that but we have an argument but at the end, there’s submission, either from my end or her end.

Submission in her own Christian marriage is having a spiritual understanding of exactly of what God wants us to do, so submission is on both sides.

I Was Once A Drunkard Before GOD Called Me – MOUNT ZION Evangelist, MIKE BAMILOYE was last modified: April 20th, 2020 by Isaac Abimbade