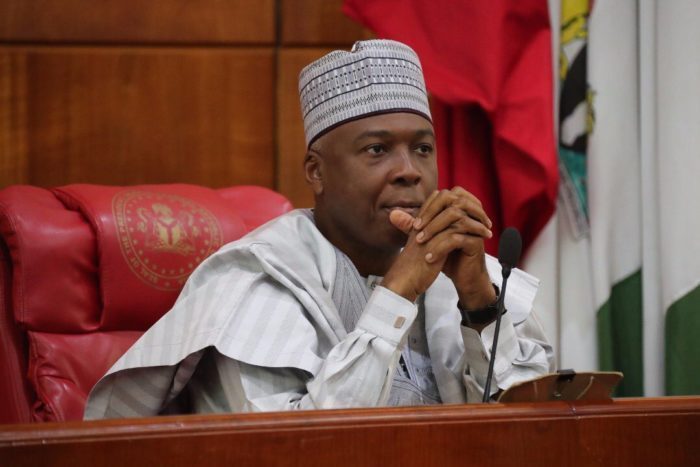 A committee set up to probe the sale of Kwara State assets has recommended the prosecution of former Governors Bukola Saraki and Abdulfatah Ahmed, as well as other former government officials.

This is contained in its recommendations to Governor AbdulRahman AbdulRazaq.

The committee’s white paper accused the ex-governors and other government officials of economic sabotage against the state for allegedly selling public assets to their cronies at giveaway prices.

But Saraki described the claims as incoherent, fallacious and salacious.

“It just shows how low governance has become in Kwara State,” he said in his reaction to the recommendations.

Chairman of the White Paper Panel on the unlawful sales of government’s properties from May 29, 1999 to May 29, 2019, Hussein Buhari, who spoke while submitting the report to the governor, said the panel’s findings unearthed mind-boggling misconducts against the government officials.

The lawyer said only diligent prosecution, possible jail terms and recovery of many of the properties could atone for the “official connivances” of the pilferage.

He said the former governors and many of their aides have questions to answer on how public properties and shares were sold under questionable circumstances, including on the eve of their exits from public offices.

Buhari said none of the officials honoured the invitations sent to them to clear the air on the deals, adding that the government should prosecute them to ensure justice.

He said: “There are so many rots perpetrated by the past governments, especially in the 16 years before 2019.

“For instance, the rots on Shonga Farms, Satellite Motel, and our properties in Kaduna, Abuja and Lagos were simply inconceivable. They were all sold to themselves at giveaway prices. We saw criminal conspiracies. In fact, Kwara State is now heavily indebted to some people because the past governments mismanaged our properties.

“I just wish Governor AbdulRahman AbdulRazaq will have the courage and political will to implement the report so that everybody found wanting will be brought to book. And the Electoral Act is very clear that anybody who is found guilty of mismanagement of resources be banned for 10 years from holding political office. We wish the government will accept our recommendations and set up an implementation committee.

“There are so many instances where those in government before used their positions to acquire government properties in questionable circumstances. For instance, the High Court Complex in Tanke, Ilorin. They removed all the steel and allocated the land to themselves. They built hotels and eateries on government properties. All our houses in Kaduna have been sold. Today, apart from our liaison office, we do not have anything in Kaduna.

“Government should take them to court and prosecute them for economic sabotage. If found guilty, the government should ban them from holding political offices for 10 years,” Buhari said.

The chairman said the panel also uncovered several misdeeds by the past government officials and urged the governor to sanction them.

The governor said his administration had noted the recommendations and would take appropriate action.

But Saraki, in a statement by the Press Officer for Local Matters in his media office, Abdulqadir Abdulganiy, said: “It is clear that the so-called investigation being conducted is not about finding facts. It is about throwing mud and staining the predecessor of AbdulRahman AbdulRazaq in office.

“It should be noted that both Senator Saraki and Alhaji Ahmed will never be shy of giving account of how they managed the assets of Kwara State. In fact, both men took decisions concerning those assets in a manner that will enhance their value and stimulate economic activities in the state, which was hitherto referred to as a civil service state.

“It is also noteworthy that AbdulRazaq’s administration has failed woefully to attract any investment in its two-years in office and has rather resorted to making false claims about how BUA Investments came to Lafiagi. This is an investment that was attracted to the state by both the Saraki and Ahmed administrations.

“It is another one of the tactics of Abdulrazaq to divert the attention of the people from his non-performance and lack of tangible projects that can be showcased during the second anniversary of his administration, which is about 48 hours away.”

JUST IN: Yahaya resumes as COAS, meets Irabor, others