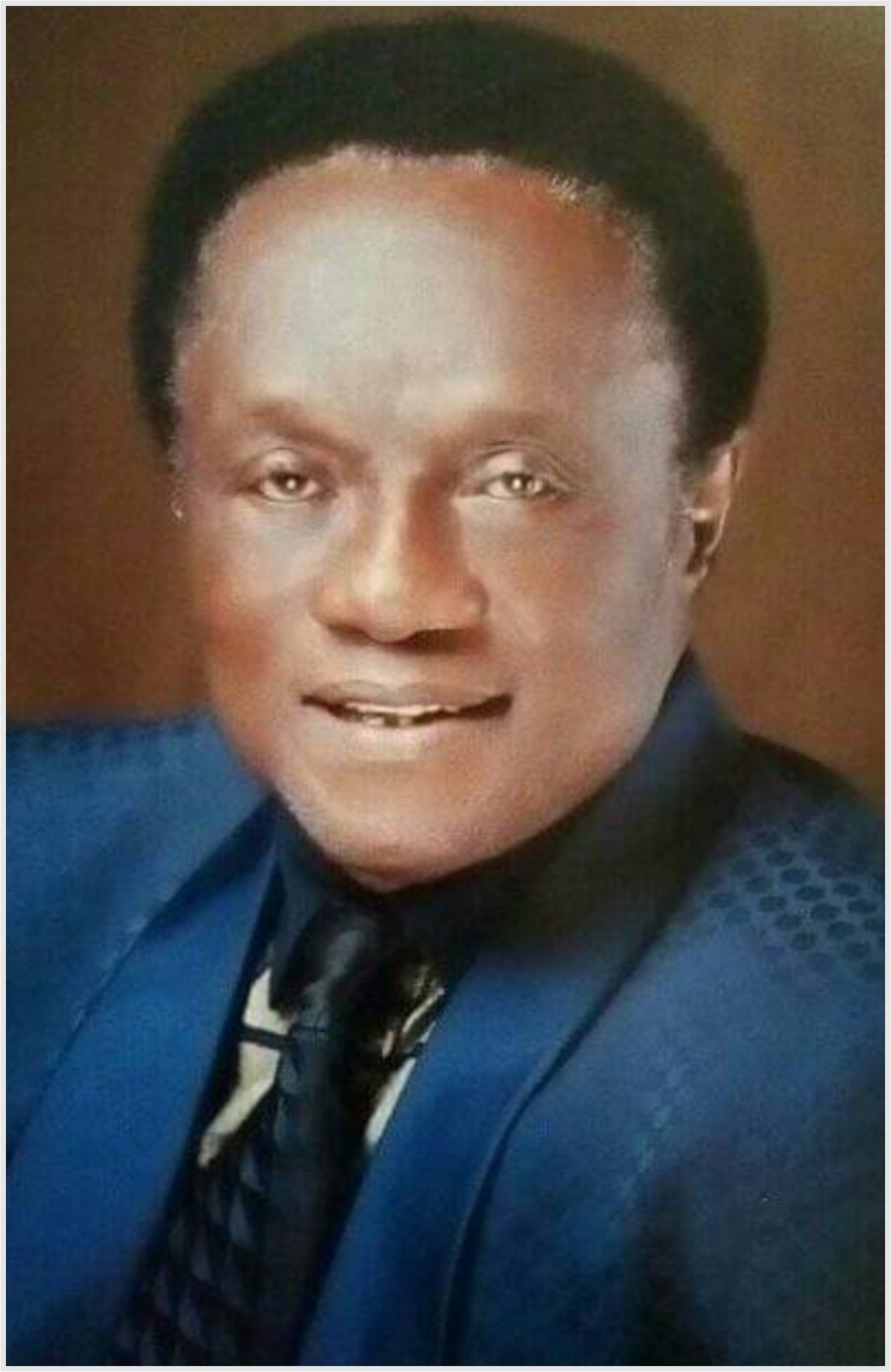 In the South-South regional administration of Mountain of Fire & Miracles Ministries are men who live according to the Biblical injunctions of being exemplary leaders at home and at their daily activities and whose attributes exude Christ-like attitudes of helping bring men and women closer to God. The hierarchical structure of MFM Ministries in the South-South region SS-1 Port Harcourt has Pastor Dr. Lawrence Olasehinde as the regional head and since he arrived the Headquarters of the South-South Region-1 at Port Harcourt more and more souls have been brought closer to God through expansion of the numerical growth and physical infrastructure of the church leading to the Commissioning of the Rumuola Port Harcourt sited headquarters of Mountain of Fire Miracles Ministries.

Recently, there was an award ceremony which was held at Hotel Presidential Port Harcourt where Men of Valour-MOV, an organization in MFM that caters for the spiritual and harmonious growth of the church were celebrated.

City People Port Harcourt Bureau Chief EMEKA AMAEFULA (+2348111813069) unveils some of the awardees who are shining light on the successful growth of MFM in the South-South Region.

The head of the Mountain of Fire Miracles Ministries-MFM Pastor Lawrence Olasehinde was born in Omu Aran in Kwara State on 30th December 1958, while growing up he had great desire to sketching and observing patterns hence his admission into Yaba College of Technology Lagos where he studied architecture. Before his graduation in the 1980s he gave his life to Christ in 1975 while worshipping at Apostolic Church. This pious and humble Christian joined Mountain of Fire and Miracles Ministries MFM in 1993. His rapid spiritual growth and zeal in serving in the Vineyard of God brought about his recognition by the church leadership which resulted in his being posted to Abuja in 1995. At Abuja he midwifed and developed the Abuja Church. To all the parishioners he made landmark achievements while at Abuja.

Giving his exceptional performance he was posted to Port Harcourt in September 2012 as the presiding pastor of MFM SS1 PHC, as he took over from Pastor Felix Adedeji Peters. Since then he has brought to bear his building and expansionist anointing to the SS1 region which has grown from the 5 regions he met to thirty regions, which have birthed several branches now, still counting. As a Workman with the mastery of his trade, Architect Olasehinde has completely transformed the landscape of this SS1 headquarters in Rumuola, culminating in the completion of the World Class Main Auditorium of MFM Rumuola Port Harcourt, which was commissioned in 2019 by the General Overseer, Dr. D.K Olukoya.

To all the parishioners and members of the public who are privileged to have encountered him, he is best described as being anointed and a gifted teacher who is globally known for his simple, undiluted and life applicable teaching of God’s word. Pastor Olasehinde is simple, very approachable, encouraging, empathic, compassionate, kind and ever smiling, slow to anger, always cool and calm, focused and untiring. These attributes have helped in bringing a lot of souls to the South -South regional spiritual harvest of MFM generally.

Today he has been elevated to new Assistant General Overseer A.G.O, Pastor Dr. Lawrence Olasehinde, was promoted on the 30th of December, 2020, which coincidentally falls to the day of his birthday. He is to oversee the all 54 Africa Mountain of Fire and Miracles Ministries. In what looked like a send forth activity which culminated with Men of Valour Award night a lot of dignitaries attended it in cognisance with COVID 19 existing protocols observance which has in attendance dignitaries from the church, and some traditional rulers in Rivers State.

You can attest to positive influence garnered by South-South regional post of MFM with the capture of a very strong influential academic, scholar par excellence Chief Professor Jasper Fortune Jumbo who is a versatile and renowned businessman, who has distinguished himself in academics and engineering knowledge, having worked and excelled in Flopetrol, now Schlumberger. He attended several courses in various institutions of learning, acquiring extensive knowledge and experience culminating with Doctorate Degree PhD. In politics also, Prof. Jasper Fortune Jumbo has been a popular voice in the Niger Delta South-South region, haven been involved at a very young age in the National Party of Nigeria NPN, during the 2nd Republic from 1979 to 1983. Chief Jasper Jumbo is amiable and well respected, a practicing Christian of the Mountain Of Fire & Miracles Ministries extraction and he is one of the most sought after personalities in social, community, religious, political and traditional gatherings, resulting from a reputation for forthrightness, compassion for the poor and weak, philanthropy, integrity and fear of God among others. He holds the following qualifications: PhD, FNATE, FABS, CPA, MIAIA, MIOD, FCIA. This gentleman is well travelled globally and versed in Environmental Impact Assessment Matters.

In every society there are men who make things happen and their impact in affecting positive development of their environment bring them out for recognition, Registered Quantity Surveyor Benjamin Amadi Woke was born on the 1st of April 1958 to the families of Mr. Simon Nnadi Woke and Mrs. Agnes Woke all of the Echo Were Royal house of Okporowo Ogbakiri in Emohua Local Government Area of Rivers State. A chartered and Registered Quantity Surveyor, a fellow of the Nigeria Institute of Quantity Surveyors. He is a member of Men of valour MOV organization in MFM Rumuola Port Harcourt Headquarter having contributed immensely to the growth of the church in all ramifications. In his professional career, he has acquired the following RQS, FNIQS, FNICA.

In having been singled out for the Men of Valour-MOV Award, Engineer Dennis Ordu has been a humble soul winning gentleman who is fired with zeal in doing the work of God in His Vineyard. He was born 57 years ago in Omoku town in Ogba/Egbema/Ndoni Local government Area of Rivers State. He has been a very serious Christian whose love for academic excellence led to acquiring Bachelor of Technology Degree B.Tech Engr. in Mechanical Engineering in 2002 from Rivers State University of Science and Technology Nkpolu-Orowurokwo Port Harcourt now rechristened Rivers State University. Engr. Ordu is well known for his ability to listen to various parishioners who at each occasion approach him for more of God’s work and his dedication to uplifting such serious members and others willing to embrace God’s work outside are always guided and led to Christ Jesus with Mountain of Fire Miracles Ministries guidelines.

Among those honoured with MOV Award by South-South Regional Headquarters of Mountain of Fire Miracles Ministries is Engineer Emma Adele. He gained prominence as a renowned philanthropist who has spent most of his life and resources serving God and humanity. He was born on the 5th January 1971 to a Minister of God, father who was an Evangelist and a mother who was Ordained Deaconess with the Assembly of God Church. It was this humble background of Godly presence that Engr. Adele grew up with much respect and dedication to God’s work. He took a Bachelor of Civil Engineering degree from the Premier University of Ibadan. He is also a Cisco certified software engineer. In his quest for more knowledge, he went back to school, currently studying law at the University of Ibadan.

Experience, humanitarian and desirous to work for God are personal attributes Brother Isaac Edemode has been known for. He was born in 1955 to the family of Mr. and Mrs. Paul Edemode, in Ibadan. This amiable Christian earned A Bachelor’s Degree from Ambrose Alli University in Ekpoma, Edo State. After graduation, he joined Nigerian Airforce in 1979 and meritoriously and voluntarily retired in 1992. At Mountain of Fire and Miracles Ministries South-South 1 Regional Headquarters Rumuola, Port Harcourt.

How SATGURU MAHARAJI JI VILLAGE Was Set Up In 1987