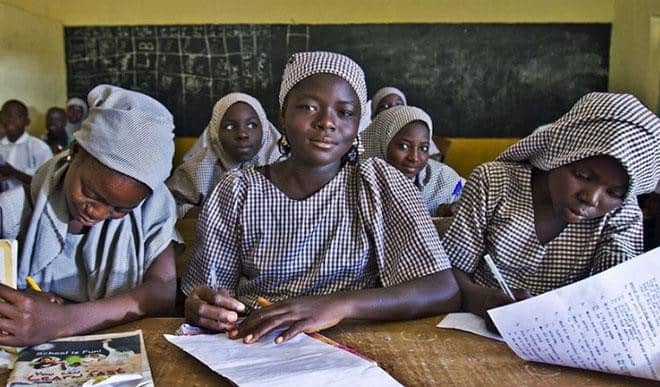 The beginning of menstruation represents a landmark event in pubertal development of the adolescent girl. Menstruation is an important and much-valued event in the reproductive life of most women if procreation must take place. It is often characterized by variability in volume, pattern and regularity, which at the earlier stages of the development of the adolescent, can create emotional discomfort particularly to the poorly informed girl.

However, when this condition leads to extreme and abnormal pain and discomfort such that those experiencing it are unable to carry out their daily routines, then there is a need to be more alert and informed in other to prevent or treat appropriately, a condition known as dysmenorrhea.

Concern for this painful condition led the Endometriosis Support Group of Nigeria in conjunction with Nordica Health Facility to announce first national survey on dysmenorrhea which according to the organization will focus on teenage girls in secondary school nationwide.

Mr Onuorah Molokwu while speaking to journalists at a press conference in Lagos revealed that the essence of the survey is to reveal data and statistics in other to give room for effective dysmenorrhea condition management and reduce cases of endometriosis in the country.

He said “this is a condition that we all know happens when the child usually just can’t try to understand her menstruation. So, the only way we can find out how prevalent it is in real figures is to have a survey and that’s why we are starting with the first national dysmenorrhea survey among secondary school girls in the country and we are kicking off the project, hoping that at the end of the day, we are able to put together 30,000 respondents.

“For us to be able to get 30,000 respondents across the country it is not just about Lagos and Abuja, we want to be able to go to every part of the country including Boko Haram territories (If we see people who have the heart). Because, the truth is that this condition exists everywhere; it’s not an urban ailment, we can’t tell unless we have some figures to work with.

“This survey should throw up some things and we will be able to get other people interested to get even details somewhere across the country with a larger number of respondents but right now, we are only targeting 30,000 across the country and we flag off in the next one month.

“The research is a quantitative approach where we just one to focus on secondary school girls, junior secondary school predominantly because it is at that point that if the condition is going to blow itself up, the signs are already there; but most times people don’t take those signs seriously because they don’t even know.”

He furthermore explained that the research is targeted at making the girl-child aware that when they see certain symptoms during menstruation, there is likelihood that dysmenorrhea is present.

The aim of the research according to the CEO of Nordica Fertility Center, Dr. Abayomi Ajayi is to see know the prevalence of dysmenorrhea in the country, assess how it is being currently treated and possible treatment intervention if need be. It will also reveal the risk factor for endometriosis. He further revealed that the commonest symptom of endometriosis is dysmenorrhea and it majorly begins with adolescent girl-child.