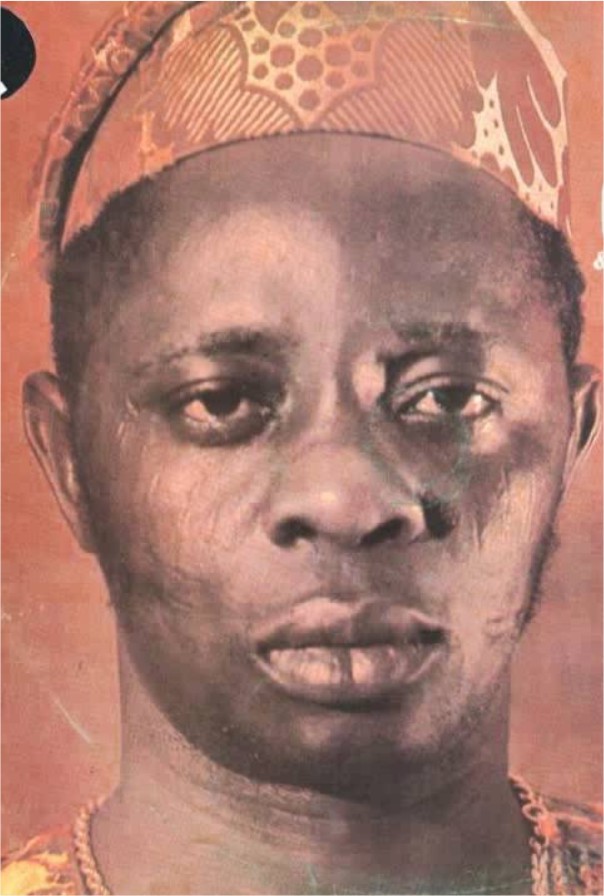 The trending Tunde Kelani’s new movie on the Autobiography of African beat icon, Ayinla Omowura, has got many people asking questions about the man Ayinla Eegun Mogaji himself. After watching the movie which chronicled his life, and music alongside his manager, Bayewumi, some people believed that Ayinla was a tough nut to crack, while some people see him as a legend who didn’t accomplish enough in his lifetime.

The debate of how Ayinla lived and related with his contemporary, however, popped up so many questions of whom he used to refer to, in his music. Some historians also stated that Ayinla was at loggerhead with so many musicians in his lifetime, but the prominent case was his fight with a younger music artist, ad Fuji creator, Sikiru Ayinde Barrister.

So, how did Apala maestro cross paths with Fuji music protagonist?

Ayinla Omowura and Ayinde Barrister from what was gathered were good friends. Ayinla Omowura’s nephew, Abayomi Atanda, a senior teacher at Abeokuta Grammar School recounted that whenever Barrister saw Alhaji Ayinla’s vehicle parked on the street, he would come and meet him because they lived in the same neighbourhood at Mushin. Also, if Barrister had a musical outing in Abeokuta, he would come to our Itoko house. I used to fetch water for them, including Killington.

Sikiru Ayinde Barrister was very young. He was Ayinla Omowura was about 15 years older than Sikiru Ayinde

Another source disclosed that Barrister emerged the Captain of Ayinla Omowura Fans Club in a keenly contested election. But what could have resulted in the rift between these two gladiators?

Ayinla-Ayinde feud, according to some other account can be attributed to envy and jealousy. A resident of Mushin who witnessed the events stated that the grouse started in 1974 when Barrister held some of Omowura’s fans to a spellbound with his superlative performance at Ayinla’s child naming ceremony, the Apala prodigy had seen Barrister as a threat to him.

Omowura known for his domineering tendencies had been trying to suppress the Fuji genre and his creator. He wouldn’t tolerate any musician that could dwarf his popularity. Truly, with Ayinde’s innovation, Fuji as an emerging brand with attributes of other genres of music was gaining more acceptability than Apala. In fact one of Omowura’s band boys, Kemuye Ramoni veered to Fuji music.

So how did Kollington Ayinla come in?

Ayinla Kollington had left the Nigerian Army to join Ayinde Barrister in the music indusrty, at the early years of the 70s, Kollington had not stated clearly his genre of music and was switching his WERE music with APALA music. We have to state here that Kollington Ayinla was a loyal and die-hard fan of Ayinla Omowura, some even stated that he coined Ayinla into his name because of his love for Hajji Consulate, as Omowura was fondly called at the time.

Kollington ranks alongside his friend and competitor the late Ayinde Barrister as the two most important artists to dominate Fuji music from its inception in the 1970s. However, they were seen as arch-rivals at a point. Kollignton stated in a biography about Omowura, titled ‘Ayinla Omowura Life and Times of an Apala legend’ written by, Festus Adedayo, that his quarrel with the late Barrister who was his friend started when he sided with his tutor, Omowura who had a ‘beef’ with singer, Fatai Olowonyo. At the time, Olowonyo, enlisted Barrister to his camp and their rivalry began.

Fatai Olowonyo was also a singer and arch-enemy of Omowura and they both did not hide their grouse with each another.

Back to Barrister-Omowura feud, how did a father-son relationship turn sour?

According to Chief Jacob Adelolu (Amuludun), an Omo Adio – based hotelier and Ayinla’s ally: ’Omowura told me that he went to Barrister’s house in Lagos to invite him for a gig at his son’s christening. On his arrival, Barrister’s aides requested that he fills a visitor’s form, which Ayinla considered as an insult.

To worsen the matter, Barrister peep from the window and said ‘Alhaji e ma follow protocol ni’. A furious Omowura left in anger and headed to Haruna Ishola’s residence in Ijebu Igbo as a replacement for Barrister’, the septuagenarian Amuludun revealed.

Alhaji Haruna Ishola eventually was on the bandstand at the naming ceremony held in July 1979. It was reported that the event was carnival-like. Omowura praised the ceremony to the high heaven in his album ‘Eyin Oselu Wa’ (vol. 16), released to herald the second republic. He sang: ‘ Haji Ayinla lo k’omo ninu osu July, Ishola Haruna lo wa sere fun’. Unfortunately, the boy named Muyideen was borne for him by a police officer, Corporal Oluwakemi died in infancy. Despite the fact that Barrister was not on the bandstand, I believe that the Fuji Lord may have contributed to the event by other means; otherwise, a typical Omowura wouldn’t have mentioned his name while appreciating those that graced the occasion. ‘Alhaji Sikiru Barrister Captain wa, l’ojo ikomo itu pa l’oja ni’toko’.

In a biography about Omowura, titled Ayinla Omowura Life and Times of an Apala legend written by media intellectual and lawyer, Festus Adedayo, Ayinla Kollington revealed that he was fortified with Juju by the latter after a widely successful album that was a response to Fatai Olowonyo, an arch-rival of Omowura.

Going down memory lane, Kollington further noted that this was the beginning of his quarrel with his friend, late Sikiru Ayinde Barrister.

Kollington claimed that Olowonyo, after the release of the album approached Barrister to do a reply to both him (Kollington) and Omowura.

He said, “I ran to him (Omowura) countless times to tell him that Olowonyo’s fans said they will kill me. He said they could not do me any harm, that I should forget that… He then took me inside his room and began administering all manner of fetish objects on me. He would ask me to steep some inside cornmeal (eko) and some of them, he would bath me with them. He would call his younger brother, Dauda, and ask him to go and bring a razor and some of the fetish objects in his room, with which he would incise my body and rub fetish objects. That was how I sang the song and no reprisal came to me from the Olowonyo group and his gangs.”

“Olowonyo enlisted Sikiru’s help in attacking and replying to my diatribes in OMO IYA ONIPAKO. Sikuru too behaved like a child in that he ought to have thought about the fact that I was his friend and instead of acceding to Olowonyo’s request, the best thing for him to have done was to call me and seek to find an end to the feud. Rather than do this, he also went to the studio to sing against me. He sang Ba o ba to ja la… (If we are not up to stopping a feuding party…) That was how the fight against (sic) us began.”

Following Ayinla’s tragic death, his embittered fans accused Barrister of conspiracy in his murder. Ayinla’s lead talking drummer, Baba Adewole Oniluola would have suffered the same fate, but his tiff with Omowura was resolved barely a year before Ayinla’s death. ‘if I had rejected the pleas to settle the rift, perhaps, the angry mob would have killed me too’, Adewole submitted.

Ayinde’s tribute in his ‘Aiye’ (1980) is still one of the best done to memorialise Ayinla. The elegy was superb as he dedicated the whole flip side of the vinyl to the slain Apala legend. It’s noteworthy that Ayinde was on a musical tour to Northern Nigeria when Ayinla was killed.

Ayinla Omowura was born in 1933 at Itoko Area of Abeokuta to the family of Yusufu Anigilaje and Wuramotu, Waidi Ayinla was killed by a mug smashed on his head by his estranged band manager, Fatai Bayewumi on Tuesday, May 6, 1980. He was survived by his aged mother, Wuramotu (who later died in 1992), siblings, wives and children. Dr. Sikiru Ayinde Barrister was born in 1948 and breathed his last on December 16, 2010. He was survived by his wives, children and grandchildren.

READ ALSO: REVEALED! 10 FACTORS THAT WILL WORK FOR ATIKU

Revealed! 10 Factors That Will Work For Atiku