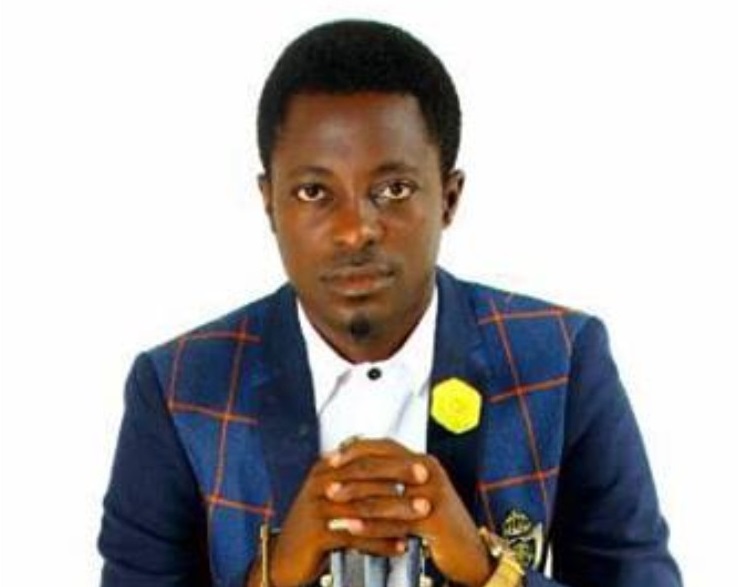 Amidst pomp and pageantry, fast rising multi-talented singer, Ogeyemi Chameleon popularly known as the King held his 40th birthday celebration in Lagos on Sunday, April 11, 2021. The all-white event was not only classy because of the venue, but also because of the caliber of guests that attend the event.

The Wave Beach inside the Elegushi private beach and resort, the venue of the event suddenly became a home of concert as different musicians took to the stage to entertain guests especially those who came to honour the birthday boy.

City People’s DAMILARE SALAMI 08155134152 was at the event and in this report, he brings all that went down for your reading pleasure, enjoy.

To host a birthday party on a private beach is not a joke. A lot of plans and effort must have been put in place. The wave beach was not just a classy venue, it is also very private. It is not a place that is meant for every tom, dick and harry. It is a venue where expatriates and their families come to relax. For Ogeyemi Chameleon, he didn’t just sell himself and other singers who performed at his birthday bash to just Nigerians alone, they also gained some international fans and audience that came to relax at the venue of his party.

An event is as fun filled and as classy as the anchor. Therefore, to say that an event that had MC Wadada as its anchor is not fun would be telling an irony. Right from the word go down to the closing performance, it was non-stop fun. MC Wadada didn’t just hosted a birthday party, he practically held a comedy show as he cracked up his audience at different periods in the show.

HOW OGEYEMI GOT HIS NAME ‘CHAMELEON’

Many would have wondered how this talented singer came about his stage name, chameleon. Well it was an open secret at his 40th birthday. While speaking with his fans and appreciating them for staying through with him this long, Ogeyemi revealed that he got his stage name Chameleon after many people discovered that he can sing different genres of music like their originators. He didn’t just explained that, he also practicalised it. Ranging from Juju to Fuji, Afro hip-hop and Highlife, Ogeyemi gave it all to his fans who enjoyed his performances and that of others back to back.

To say that the birthday party was a hub of talents would be to have described the event in one word. Starting from the opening performance by a fast-rising singer, Tobi Marvelous, it was a hit from all angles. His performance alone was more than enough entertainment for the guests but alas, that was just a tip of the ice berg. Others came after him and blew the minds of the guests away.

One would be forced to ask if Ogeyemi was a singer, an actor or a performer but the answer would be that he was all in one person. To show much love to this body of talent on his 40th birthday were the members of the Theatre Arts and Motion Pictures Practitioners Association of Nigeria (TAMPAN) Lagos chapter. They included different screen princes and goddesses of the Nollywood Yoruba movie industry. They were all dressed in white and some of them had the embedded King @40 cap on their head as a way of endorsing Ogeyemi Chameleon.

THE BAKRES CORNER WAS WELL LIT

Did you know that the Bakres had a corner at this event, yes they did. But they also made the spotlight eventually. When they quietly walked in, they were not expecting to be noticed but they were. Femi Bakre is a popular Nigerian socialite and the brain behind KRAKS TV. He is also the father of Tobi Bakre, a former second runner-up in the popular BBNaija TV reality show where he gained a lot of popularity because of his calmness and composure. Also with the Bakres was Tobi’s mum and a very pretty lady some rumored to be Tobi’s girlfriend. Tobi declined having a word with journalists. He claimed to be present only for ‘family and not media’.

ABBEY AWESOME WAS ALWAYS IN WONDERMENT

Of course, you need not be told what Abbey Awesome can do on stage. He probably needs no introduction to many socialites. He is a wave-making and multitalented musician, singer and dancer. Name any genre of music and consider it well delivered by Abbey Awesome. His depth, understanding and artistic performance of the craft only have just few people in his class. And his performance on the night? It was the bomb. Although he didn’t come with his band members, he still rocked.

Yes, they didn’t mount the podium but there corner soon became the podium. Tobi and Femi Bakre had to leave their comfort zone for a share of the fun. They both stepped out of their seats to dance and believe me, they were a delight to watch. It was fun seeing them do that together. Tobis mum was not left out too. She joined her husband and son as they sprayed the birthday boy, Ogeyemi with some cash.

THE INNER CAUCUS PROVED THEIR WORTH

Ogeyemi Chameleon has a group of fans called the inner caucus. They proved their worth to their favorite singer on his big day. This group of fans were tirelessly flexing muscles with one another trying to see who would spray more cash. Ogeyemi was the better for it as he went home smiling.