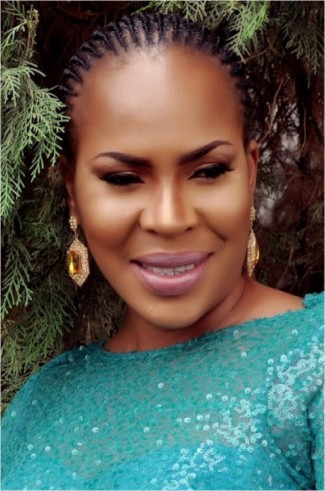 In the Yoruba movie industry, it is the ideal thing for aspiring actors and actresses to go through necessary training under different caucus or groups for years before they could start featuring in movies and also producing movies. The training goes a long way to help them build the best hands in the industry. This is what is practiced in the 80’s and 90’s and it has helped groom fantastic and exceptional good stars, who are not only perfect to feature in films but also superb on stage performance.

These days, many young movie stars don’t believe it is necessary to go through this procedure before becoming a star.

Once the money is available, they just get a story, then go ahead and produce, featuring ‘A’-list stars in the industry to sell the movies, and before you know what is happening, they have become well-known faces in the industry.

Despite the money bags shortcut to stardom some still go through training by joining different groups. Some of the groups today have produced many big stars currently rocking the movie industry. And this has encouraged a lot of them to also open academies to teach younger ones all the basic rudiments of acting so they won’t be referred to as half-baked movie stars as most others who didn’t go through any form of training and suddenly become a movie star. City People Senior Showbiz Reporter, BIODUN ALAO, brings you 50 groups in the Yoruba movie industry.

Highly talented actor-cum-film maker Yomi Fabiyi is the founder of ROCKIAF Studio Film International and Academy where he trains young and talented rookies to realised their dreams and a good number of them have featured in most of the films produced in his studio.

Segun Ogungbe is a very creative and exceptional sound actor cum-film maker. He is known to interprete roles perfectly and he funs a film academy in Abeokuta “Igi Alaoye Group” where he trains aspiring actors and actresses to perfection and this group is one of the most sought after theatre groups based in Abeokuta.

What about “Ejika Film Academy” founded by the ever talented and award-winning film producer, Kenny George.

Afeez Abiodun popularly known as Afeez Owo is one of the most sought-after filmmakers in the Yoruba movie industry, and he has trained a lot of Yoruba movie stars in his “Seriki Olopolo Film Academy”. The likes of Yetunde Barnabas and a host of others trained in his academy. He always features his students in his movie production thereby making them popular in the industry.

The Scene School of Drama founded by the multiple-award winning actress and filmmaker, Funke Akindele, is one of the very best in the industry. Her students are trained to feature in both English and Yoruba movies and she makes it a point of duty to always give them roles in her series and feature movies, thereby making them a household name already. She currently runs the film school with her husband JJC Skillz and they have both produced a good number of stars already in the industry.

Bose Alao runs “BAO” Film Academy. She is another very talented actress, who came into prominence in a movie entitled: “Itakun”. Bose has been a force to reckon with in the industry. Besides acting, she also produces both English and Yoruba movies.

Tunde Ola Yussuf is the brain behind “The Ibadan Acting Studio”. He is an actor, writer, producer and director known for movies such as Olofin amongs others. He equally train aspiring and upcoming filmmaker in the industry.

Multiple award-winning actress, Iyabo Ojo, runs “Fespris Movie Academy” located at Lekki, where she equally trains aspiring and talented actors and actresses with the aim of becoming a big star in features and the fundamentals of the industry.

She has groomed and nurtured a good number of younger stars in the industry, who are doing exceptionally well today.

Highly talented actress-cum- fashionista, Mercy Aigbe launched her film school in 2018 called Mercy Aigbe Acting School. This beautiful lady has a lots to dish out, besides being a successful entrepreneur, she has also created time for movie productions and has equally featured a lot of her students in her different production and some are already household names.

Ageless and award-winning actress, Fathia Balogun, runs Fathia Balogun Power House of Performing Arts where she teaches upcoming stars who have flair and talents for acting, the basics also directing, costuming, special effect are parts of her training.

Toyin has become a force to reckon with in the movie industry, and running an acting schoool to her, is another way of giving back to the society. Okiki Afolayan is one of the very best director in the Yoruba movie industry, with several awards home and abroad to his credit.

He is the brain behind “Eagle Caucus”. They recently had their 1st graduation where they celebrated their newly certified professional in the industry and some of them are already household names in the industry who have been featuring and working on movies back to back.

Popular Yoruba actor-cum- filmmaker, Murphy Afolabi runs “Fatuns School of Performing Arts” where he also trains young aspiring actors and actresses, and he has been doing it for years. Most actors who trained under him are already household names and doing so well in the industry.

Kayode Adebayo is an actor- cum-film director in the Yoruba movie industry. He is the founder of “Kay Alubarika’s Film Academy”.

Ibrahim Yekini popularly known as Itele d Icon, is an award winning actor, director and producer, who is popular for always producing blockbuster movies in the industry. Itele is the founder of ‘D’ I con School of Performing Art”. He has trained actors and actresses in the industry who today have been very popular in the industry through their crafts and skills. Beautiful and talented actress Opeyemi Aiyeola is the founder of “Opeyemi Aiyeola Film Limited”. The school is aimed at raising acting champions and teach them the basics of film production, makeup, acting and editing.

Also Helen Paul Tatafo who is a successful comedian, television presenter and actress featuring in both English and Yoruba movies. She is the founder of Helen Paul Film Academy located in Lagos.

Abiodun Jimoh is the founder of Prodigy and Pens. He is not only responsible for producing blockbuster and award winning movies but has also produced stars like Jumoke Odetola and a host of others.

Celebrity couple Damola Olatunji and wife, Bukola Awoyemi are the founders of Dynasties Art Academy in Ibadan. With the aim of training young aspiring actors in the industry.

Kolawole Ajeyemi is a popular actor and producer is the founder of Aje Omo Aje Film School.

He started acting in the 90’s under the tutelage of veteran Yoruba actor, Isiaka Odutola and Segun Ogungbe. There are some other caucus in the industry who have produced over 100,200 stars respectively over time, they have created such as Awada Kerikeri Group which was founded by movie veteran, Adebayo Salami. He began his acting career in 1964 with a group called Young Concert Party under the leadership of Ojo Ladipo, later changed to Ojo Ladipo Theatre Group and eventually metamorphosed into Awada Kerikeri Theatre Group. Following the death of Ojo Ladipo in 1978.

In 1985, he produced his first movie on the stable of Awada Kerikeri. This group has produced many ‘A’-list stars today in the industry such as Toyin Adegbola, Iya Awero, Kunle Afod and a host of others.

In the same light, another exceptional caucus in the industry is the Odunfa Caucus, who happens to be one of the oldest groups in the industry founded by Yinka Quadri, Taiwo Hassan, Araosan and Abbey Lanre in the 80’s, Odunfa has equally produced over 200 ‘A’-list stars in the industry such as Fathia Balogun, Saheed Balogun, Iyabo Ojo, Bimbo Oshin, Toyosi Adesanya and a host of others.

Another outstanding group in the Yoruba movie industry is Legacy Film Academy, which was founded by Kunle Afod, and his friends. This group also has produced stars such as Regina Chukwu, Yemi Terry and many other stars in the industry.

Award-winning actor-cum- producer, Odulade Adekola founded “OAFP” Odunlade Adekola Film, and it is located in Abeokuta, Ogun State and stars like Eniola Ajao, Bukola Adeoye and many others are products of this great film academy.

“Ojopagogo Film Academy” was founded by Rasaq Olayiwola, a renowned actor- cum-film-producer, in the industry. The academy is located in Ibadan and they have equally produced great names in the industry.

What about J15, it is one of the best film academies in the Yoruba movie industry. It was created by the award-winning actor-cum-film producer Femi Adebayo, which is also located in Ibadan. Almost all the young big names now in the movie industry from Ibadan are products of J15.

Lere Paimo is a highly respected veteran actor-cum-film maker who joined the industry in the 60’s and still relevant till date. He founded the “Lere Paimo Theatre Group” where he trained many Yoruba movie stars. And many look up to many in the industry who trained under this great group. Kolawole Theatre Group and Akuku Gagara Groups are among the groups formeded in the 80’s.

READ ALSO: HOW MY LATE FATHER’S WIFE EXCLUDED ME FROM HIS ASSETS

How My Late Father’s Wife Excluded Me From His Assets