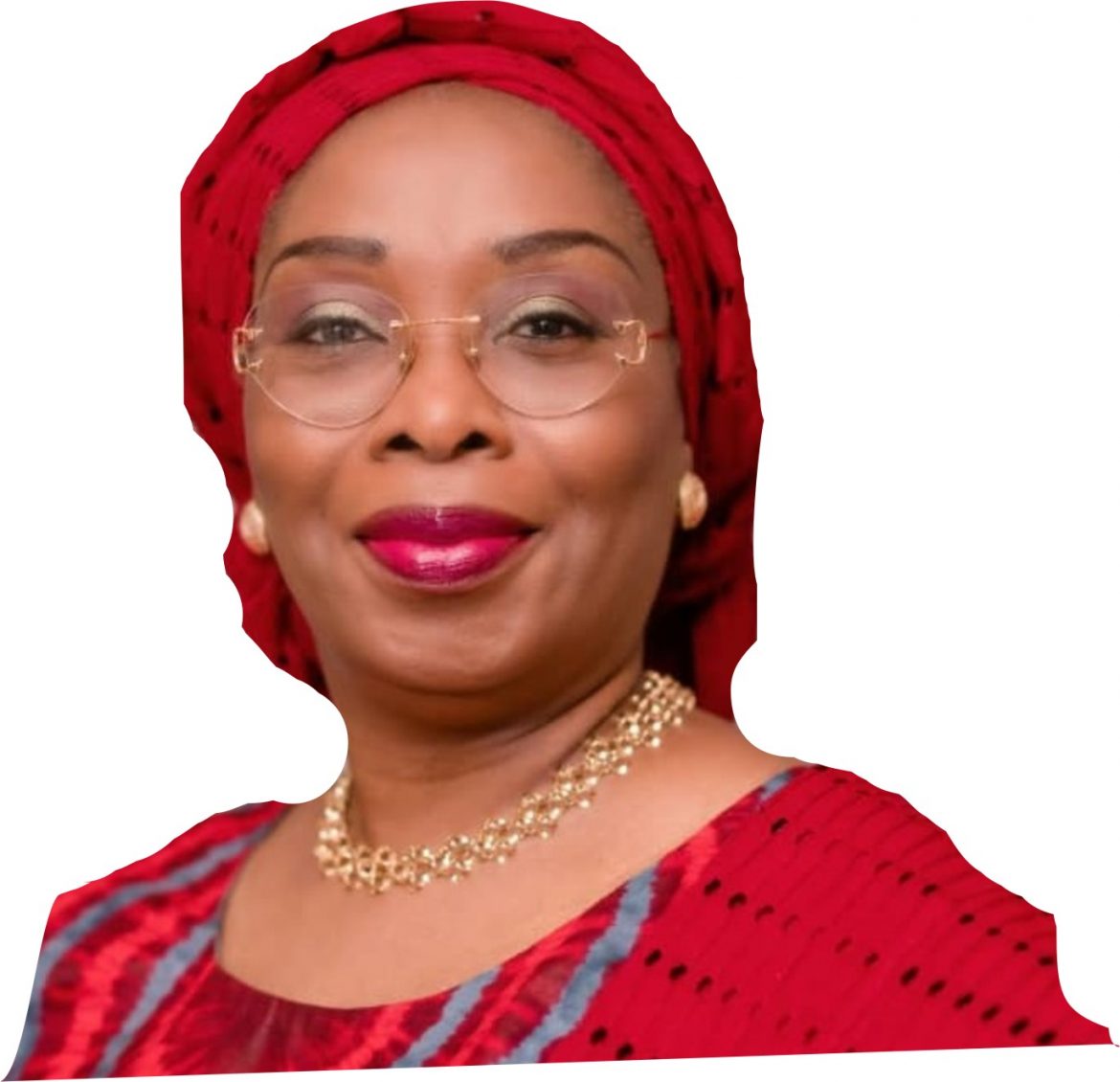 Right now in Ogun State, the Governorship ambition of popular Media Personality, Modele Sarafa-Yusuf is the talk of the town. Everyone is talking about it. This is because her coming out is seen as a bold step. And the seriousness she has attached to it is amazing. Over the last few days, she has been consulting widely. She is in APC. City People Publisher, SEYE KEHINDE got her to talk about her plans not long ago. Below are excerpts of the interview.

Since you declared for Ogun Governorship what has been the reaction of people..?

I have been completely bowled over by the positive reaction of our people: party leaders, party members, the people we want to serve… it’s been incredible! Many people have owned our campaign and are carrying the banner on our behalf.We know we have the hurdle of the primary election to cross and already people are volunteering to keep an eye on the process so that the Anambra APC primary elections scenario will not happen in Ogun State. Already, we have a strong pool of volunteers and the real electioneering has not even started. The women have been so supportive and are, almost literally, carrying us on their backs! We are really grateful for the outpouring of support in the last few days. It leaves me with only one conclusion: truly, there’s nothing as powerful as an idea whose time has come. Of course, there are a handful of people who have said “why do you want to run?” But they didn’t say don’t run because you are not qualified, they say don’t run because the Governor might be interested in a second term. But I say: he hasn’t declared his intention to run because they also are not sure… nobody is sure! Secondly, why do we assume that a second term is a must? If it were, the constitution would give an eight-year term at a stretch. But that’s not the case, the constitution says “spend four years, give an account of your stewardship and then test your popularity with the people for another possible four years”

How easy was it deciding to join the Ogun guber race?

It wasn’t easy. I had many sleepless nights just contemplating this and mostly just praying for guidance. I have found out that there are many fears which hold people back when you want to do big things: The fear of not being liked. Fear of making the wrong choice. Fear of drawing negative attention. Fear of being judged. Fear of overreaching. Fear of failure…I had all those fears and more- especially fears for my safety and the fear of “where are we going to get the money for a Nigerian-type campaign?”But I am the type of person who says to people: what would you do if you weren’t afraid? Just do it! And you know what? Since we declared, I sleep better! I am so much more confident about this. I believe that when God wants to do something, He will find a way to make it happen. And whether we win or we lose, we would have won…. Even if it was just victory over fear! But Insha Allah, it would be a bigger victory.

How prepared are you to compete with Gov Dapo Abiodun who is going for 2nd term?

Is Governor Abiodun running for a second term? Has he told you so? We will cross that bridge if and when we get there.

I saw one interview you granted where you said Gov Dapo Abiodun should back your ambition. Why should he?

Because I believe our leader would want the best for Ogun State. Governor Dapo Abiodun knows the stuff I am made of. He knows my capabilities and my love for the state. There is mutual respect between us and I know he respects my brain and can-do attitude. We may not agree on some issues- especially those bordering on relational integrity: how people treat other people- but we are cool in other areas. He will be supporting a candidate for the office of Governor after him and I hope he supports me as I supported him.

Don’t you think 2 things will count against you in this race: Being a woman and lack of experience?

Gender shouldn’t be a factor in whether or not a person can be a great leader. A person’s leadership abilities depend on their individual strengths and personality traits. However, in many cases, women aren’t encouraged to take on leadership roles contributing to an imbalance of who’s in power. Questions like the one you just asked, also contribute to discouraging women. Women make great leaders. We know how to work across party lines, we are highly responsive to constituent concerns, we encourage citizen confidence in democracy through our own participation and we prioritize health, education, infrastructure and other key development indicators- not highfalutin vanity projects. Another reason women make great leaders is that the odds are against us leading. When you’re the underdog, it takes an extra push to get to the top. And as someone said, that’s why women who emerge on top are extraordinarily strong and capable. We had to fight to get thereFor me, I have never been intimidated by challenges. All my professional life, I have often been the only woman in the room and I work hard to hold my own. I get along very well with men and women and I am a relationship ‘junky’. I try to build solid relationships everywhere I go and I try to deposit in people’s emotional accounts… not for any gain. But just because! And when you say lack of experience, what do you mean? There’s no school where you go and learn how to be Governor. At a certain point, it’s your ability to learn quickly and contribute quickly that matters… it’s one of the most important qualities a leader must-have. All over the world, there have been high-flying politicians with different backgrounds- lawyers, doctors, architects, sportspeople, actors, business people… the only common thread is that they first excelled in their profession or calling. Some of our best politicians in these parts have been journalists- Baba Awolowo who was also a great lawyer, Chief Anthony Enahoro who moved the motion for Nigeria’s independence, Alhaji Lateef Jakande, who is unarguably one of the best governors of Lagos state; and in Ogun State, late Elderstatesman Chief Olabisi Onabanjo and our papa and leader Chief Olusegun Osoba who continues to be a shining light in Ogun politics. All of them accomplished journalists who I consider role models. Going back to the issue of gender: a 2011 McKinsey report noted that men are promoted based on potential while women are promoted based on past accomplishments. That’s unfair enough but even if I were not considered on my potential and was strictly considered based on past accomplishments, I am qualified to be Governor. I have a track record of excellence in everything I have done- journalism, marketing communications, marketing, business… I have won several awards over the years and I continue to do my best in anything I undertake.I have an innate ability to dream big, challenge assumptions and inspire teams. I know how to translate big ideas into concrete action and results. I want Ogun State people to judge me – and other candidates- based on what I call the 5 Cs: Character, Competence, Caring, Conciliatoriness, Compelling vision That said, I am not desperate to be Governor, I just want to do good; prove that governance is not rocket science; leave a legacy of accomplishments and a good name and be an example to the young people- especially the girl child- that if you can dream it, you can be it. May God’s will be done.

Why I Want To Be The Next OGUN State Governor – MODELE SARAFA-YUSUF was last modified: March 21st, 2022 by City People

Why I Decided To Support PETER OBI...