Home Politics Why I Want To Be The Next OYO State Governor – Popular Politician, BISOYE FAGADE
Politics

Why I Want To Be The Next OYO State Governor – Popular Politician, BISOYE FAGADE 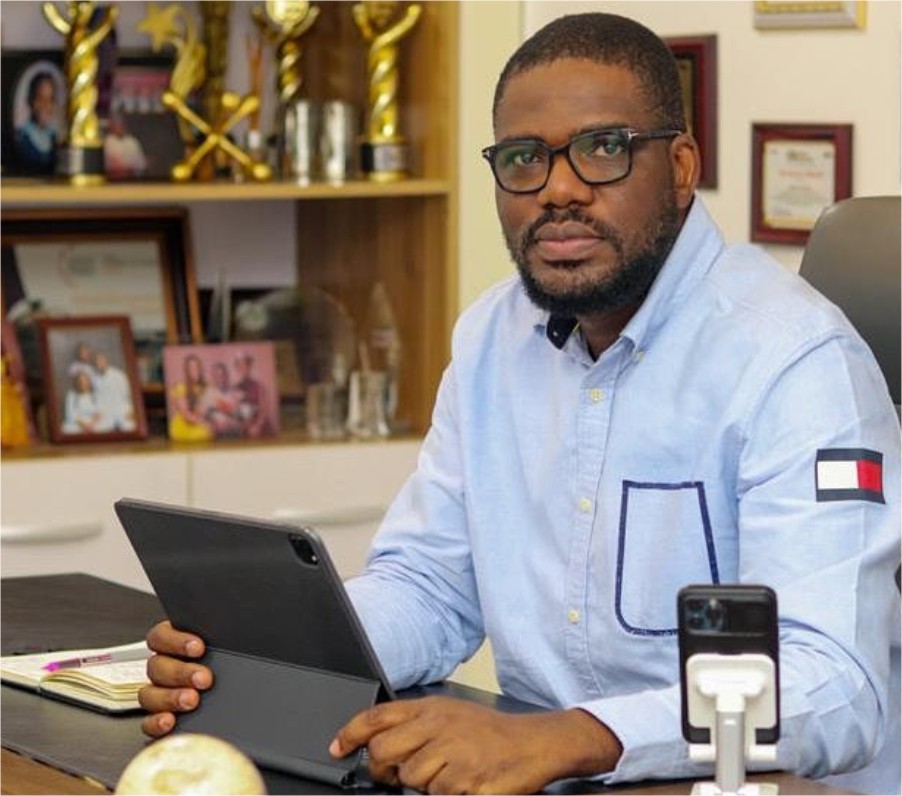 Lagos Big Boy, Bisoye Fagade is a man of great sartorial elegance. He is also a man of great ideas, just as he is a politician who has paid his dues. On Wednesday, 9th of March 2022, this popular Oyo State politician held a classy 3-in-1 party in Victoria Island, Lagos.

The event was held at the prestigious The Civic Center, along Ozumba Mbadiwe, in Victoria Island, Lagos.

The tall and handsome celebrant arrived at the venue with his lovely wife, Olusola Esan Fagade. They were ushered in with lovely music by Vintage Band.

Many royal fathers stormed the party, and they described the celebrant as a very hard-working politician. Among them were the Oniru of Iruland, Oba Gbolahan Lawal; Oba Francis Olushola Alao, the Olugbon of Orile Igbon, and the Akinsiku of Lagos, among many other dignitaries.

A lot of politicians came to show support for one of their own, Abisoye Fagade who they say is going to be the next Oyo Governor. Among them is Hon. Sina Peller, former Deputy Governor of Lagos State, Otunba Femi Pedro, Hon. Steve Ayorinde, and many Oyo State politicians.

The event was anchored by popular Comedians and event compere, Gbenga Adeyinka and T.A, as they made sure the event was filled with a lot of excitement. Of course, they made the guests laugh. Other comedians who stormed the event were Kennyblack, Bovi and others. And DJ QDJ Jamsmyth gave everyone good music.

Many musicians and Nollywood stars also stormed the birthday party. 9ice was there. So also  Sotayo Gaga, Banky W., Kunle Afolayan, Tope Alabi and her husband and others.

In his speech, the celebrant thanked everyone for supporting him and his foundation, Oyo Si Maa Dun (OSMD). He also used the opportunity to reveal his plan for 2023. He revealed that he is going to contest the Oyo State governorship at the forthcoming elections. He said this is the time for the youths to support him. He promised not to let everyone down.

Many of his family and friends also donated to his foundation. There was dancing and merriment. For those who don’t know, let’s tell you about Abisoye Fagade, a marketing communication professional who was born in 1974. He studied at the Obafemi Awolowo University and he is the Founder and Managing Director of Sodium Brand Solutions.

In 2015, he announced a strategic partnership with Ayeni Adekunle. In 2019, he founded the Abisoye Fagade Foundation to empower Nigerian youths, through mentorship and skills transfer.

He sits atop a consortium that produces marketing communications, media, consumer goods, hospitality, Oil and Gas. A few days back, City People spoke to Bisoye Fagade about his political ambition. Below are excerpts.

Congratulations on your birthday. How does it make you feel? Some assumed it was your 50th…

, I was born 10th of March, 1974 and that makes me 48 this year. I’m sure the magnitude of the Wednesday event organized by my friends made a lot of people assume I was celebrating my 50th. Also, having been around for a bit and seeing that majority of my friends are in their 50s because I draw a lot of wisdom from older people and get less pressure from it too

What are the lessons life has taught you at 48?

Life has taught me a lot of lessons and I know better than ever that no one gets out of here alive; it can happen anywhere, anytime and at whatever age. At that point when it happens nothing matters anymore but your deeds. The world is full of ups and downs, empathy makes a lot of difference, that we are all created differently and we can’t behave or react to things the same way. Once you can put all of these in perspective, you will understand what “Bintin laye” means. I believe in fairness even when others are being unfair.

How has the transition been from a  professional to being a politician?

Remember I am not entirely new to it. I dabbled into Politics in 2011 when I wanted to run for this same position. That was when we started the Oyo Si Maa Dun movement. So Politics is not entirely new to me. I don’t have this attitudinal rude shock coming into politics. Clearly, our politics is dirty and we need more good people to clean it up a little. Politics is about people and its a reflection of the people playing it. So, I will encourage more good people, more importantly, the YOUTHS.

You are aspiring to be the next Governor of Oyo State. What are your chances?

My chances are as bright as the incumbent himself, to get the party ticket, as bright as the last party flag bearer or any other candidate for any reason. The electorates are smarter now and the new Electoral Bill has given some level playing ground for all. So, I stand a big chance. A chance where I believe my 5% chance is stronger than any ones 25% or 35% chance because I’m coming with something fresh.

How do you see the chances of APC taking over in Oyo State?

Truth be told, it’s looking blurry at the moment but as soon as we can get our house in order and get the party politics behind us, PDP is no match, Oyo State is a progressive state. APC has its internal issue now just like any other party but we will soon get over that and take our rightful place in the State House.

How has the transition been from a professional to being a politician?

Really, I’m not the best at bad-mouthing people but how do you assess somebody whose projects are already giving way before the end of his tenure because of the low-quality jobs done or somebody who will rather promote and subject his citizens to the mercy of thugs? In his vindictive act of trying to erase Ajimobi’s legacy, he has taken the state 10 years back.

Why I Want To Be The Next OYO State Governor – Popular Politician, BISOYE FAGADE was last modified: March 16th, 2022 by City People