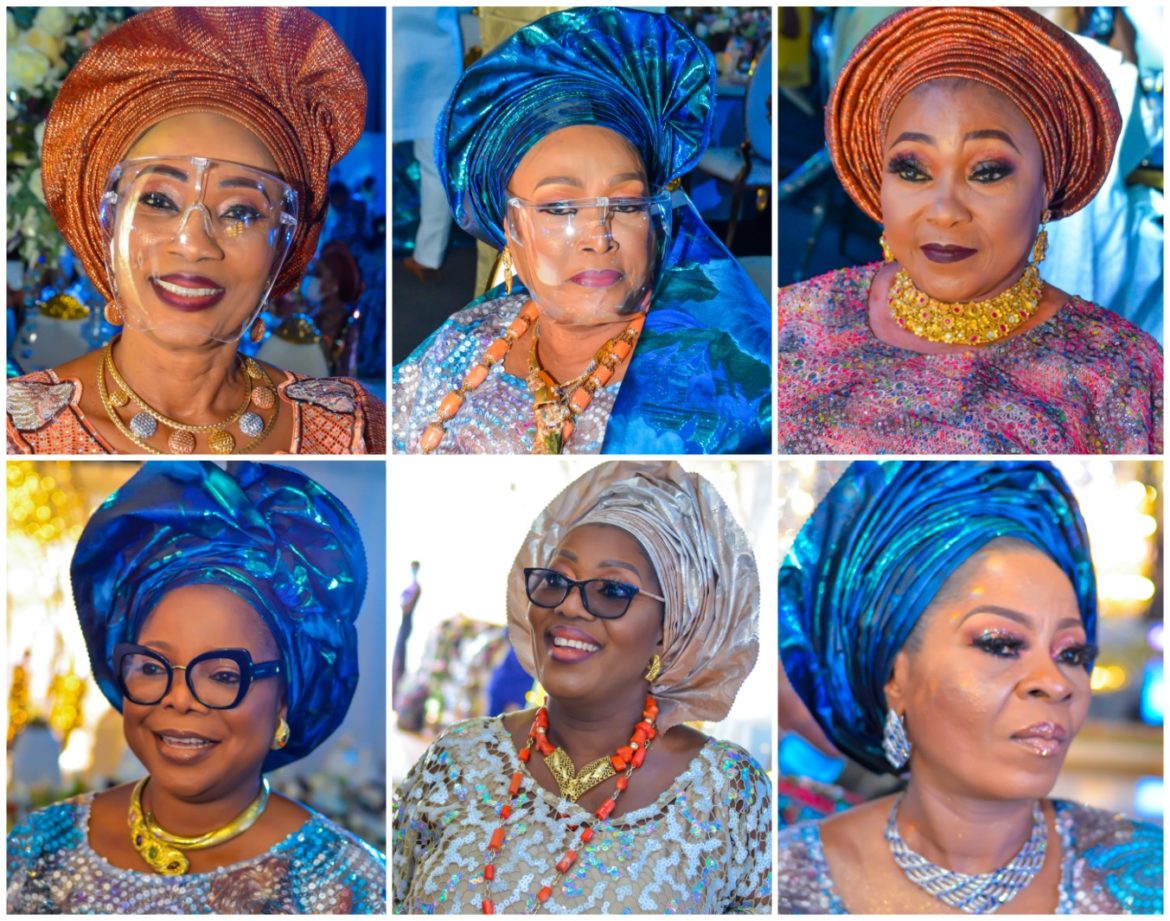 The year 2020 is coming to an end in the next few days but despite being a festive period with the Christmas and new year approaching, this year’s festive period would be a busy period for some celebs, as many A-list Celebrity Owambes are taking place during the yuletide.

Many Celebrities who couldn’t hold their parties early in the year due to the pandemic and Endsars protest are warming up and getting ready to make sure their party holds this year in a classy way. They are seriously coming up with creative ways to make sure the best celebrity vendors handle their Owambe in the midst of the pandemic. While Aso-Ebi has been sold for some of the parties that were shifted to December due to the pandemic, there is no doubt that many celebrity women of style are going to dazzle at these parties.

One big celebrity party that will shake Lagos to it roots is the 70th birthday of one Lagos Olori who is the wife of Lagos King. Of course, Lagos has many kings but we are talking about Oba Kamorudeen Animashaun First Olori. The party promises to be classy in all areas. This is not just because the Olori is also prominent but because she is well-loved in Lagos social scene. The party will parade the creme de la creme in the corridors of power and King Wasiu Ayinde will be performing live at the event. Many Lagos political bigwigs will be at this party because all Kabiyesi’s children love and respect Olori Agba.

Another big party that will close the year 2020 is Newyou Concept Aso-Oke 40th birthday. The celebrity Aso-Oke merchant will be turning 40 and she has been posting 40 outfits of her 40th birthday. So also is double celebration of Alhaji Abiodun Turaki, the brain behind Turaki Estate, his birthday will be classy.

Another big society party that will parade over 500 young celebrity babes of style is the birthday of one of Lagos Skincare therapist Folakemi Azizat Ahmed. Azeezat is one of the young female entrepreneurs who are also super-rich. She started her skincare business from her University days and has built 2 big branches at 2 strategic locations in Lagos. Her brand FAZ cosmetics offers a service & Products that set her above all others in Lagos and many say that her products are made from the finest ingredients that suit all skin types. The party will parade many big celebrity Lagos big babes.

Have we told you that many London Big babes will be coming home this December for one party or the other? In case you haven’t been told ,many of them will be at home not only to celebrate the yuletide but also to celebrate with their loved ones.

One big wedding that will parade many London celebrity big babes is Kudi Lomo’s younger sister’s wedding. Hajia Kudi is one of the happening London big babes but not many know her surname. But mention “Is Kudi Lomo” , you will be told that she is that ebony pretty babe with a Killer shape. She is very close to many London Big babes and many are planning to come home with her as her younger sister weds in Surulere in grand style. Her elder sister, Alhaja Seki whose daughter is signing dotted lines is also very popular in London.

Two London celebs are also coming home this December to steal the show within the Lagos social scene. Did you ask who? Well, he is coming home to open a big luxury hotel called Harcard Continental in Ile-Ife. Though information about the party is still sketchy as at the time of going to press. We leant Yinka Aiyefele, a popular Juju Musician has been paid to perform. The hotel is located at Tollgate Ife in Osun state and it is presently the biggest Hotel that will give other big hotels a run for their money. It is a 3-star hotel and many London and Lagos big babes will be honouring him at the opening.

Another London Big Babe is coming for a big burial in Ondo. The party will be big and many Lagos big babes are already talking about it. According to information at our disposal, it is the final burial of Chief Mrs Amudalat Salami and the whole of Ondo town will be shaken to its root. King Sule Alao Malaika will be on the bandstand on December 29th and many London big babes will fly in with her.

The whole of Victoria Island will be agog come December as 2 big families; the Olarewajus and Adeyemis will be joining their 2 children Olusunkami and Sophie as they say I do, on Christmas Day. The event will be top-notch as a big event centre in Lekki has already been booked for the party.

Do you know that a popular Lagos Fabric merchant Alhaja Abiola Abebi, the CEO of Abebi Fabrics will be adding a year and she will be celebrating it in grand style? Many Fabric merchants like Alhaja Idera Titilayo, Alhaja Idris, Alhaja Dupe Shine Shine among many others will be at the event.

ENJOY THE DIGITAL EDITION OF CITY PEOPLE THIS WEEK FOR JUST N100.00