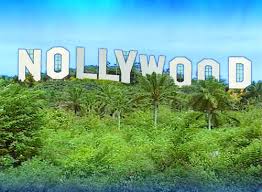 Husband snatching seems to be the order of the day, both in and outside of the entertainment industry. It is more pronounced when actresses are involved mainly because they are celebrities and many look up to them in the society. They are equally expected to live of life worthy of emulation.

In the last few months, some ladies have lose their husbands to actresses, and the number keep increasing on daily basis.

Though it started with a highly stylish Edo-born actress, who is popular for her acting prowess in the industry. Many were surprised when it went viral that she married a popular film marketer whose first wife and children are based in the US.

The story got really messy as the actress kept flaunting him on social media. It took the intervention of popular gossip blog gistlovers to calm her down and stop hurting the first wife who is currently based in the U.S.

This couple who got married this year have been stepping out for events together after their secret marriage.

While the first wife is in the US with her four children, this mother of two is in Nigeria enjoying her new marriage.

Their case was another very messy one, as many frowned at their relationship and throws support for the first wife and her four children.

Just few months ago, gistlover blog also dragged another popular Yoruba actress, who trained under Kunle Afod for snatching the husband of her close friend. According to the blog, the said actress had issues in her own marriage and her friend took her in to spend time with her and her family pending when she gets things sorted, before the good samaritan friend knows what is going on, the actress snatched her friend’s husband. She didn’t even stop at that, she made the man sent his wife away without her three children.

It was also revealed, they both (the two friends) attend same church and in the same choir group, and members of the church even tried sorting things between them.

Another pretty popular Yoruba actress who is also into Skincare business has been dragged into a husband snatching mess, just few days after she secretly got married.

It was revealed that her new husband is an already married man who abandoned his wife and three children in Ibadan.

According to our source, the said wife took a loan for the man to travel abroad many years ago when he was still struggling.

In different videos of the secret wedding which took place over the weekend, the couples were seen so happy, while the man’s sister was also in attendance all smiling for the brother.

Though, she tells who ever care to listen now, that she was never a friend to the actress and mother of one. After denying the allegation severally, claiming she only shares a brotherly and sisterly relationship with the man. She eventually married him, and they are both blessed with a son.

Fans always use every opportunity to taunt this beautiful actress and most are of the opinion that nemesis will still catch up with her.