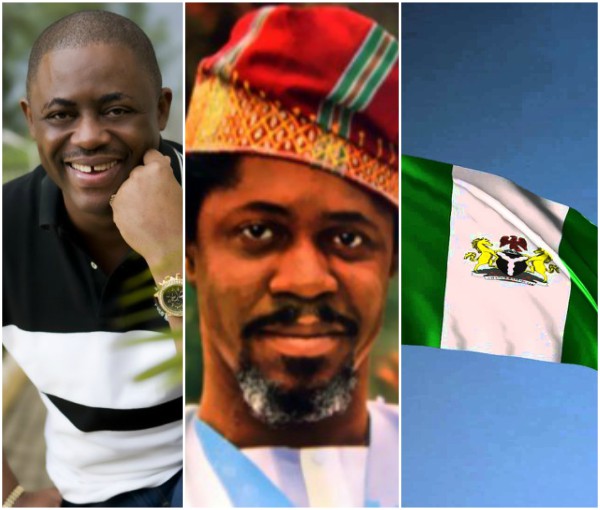 The time was about 2.10 a.m in the middle of the night on the 15 January 1966. The stage of what could be rightly be described as a  macabre drama took place at the deputy premier of the defunct Western Region, the late Chief Remi Fani-Kayode’s quarters at Iyaganku government reserved area in Ibadan. A contingent of soldiers led by Captain Nwobosi, the Artillery Commander of Abeokuta Garrison broke into the premises of the number two citizen of the region. It was the first military coup in Nigeria that was unfolding.

Captain Nwobosi had, about 48 hours earlier, received orders from Major Ifeajuna, the man charged to carry out the operation of Lagos and the Western region, to go ahead and carry out Operation Damisa as scheduled.

Immediately the soldiers gained access into the premises, they quickly surrounded the storey building. About four of the soldiers went inside the house and promptly, in a jiffy, arrested and brought out into the open space in front of of the house the Late Chief Remi Fani-Kayode, the father of a former minister of Aviation, Femi Fani-Kayode. At that point,  A woman’s voice came from the upstairs pleading, in a loud, shaken, shrilling, emotionally-laden tone, begging the soldiers: ‘Please, don’t kill him’. The red-eyed, frightening faces of the soldiers, who rough-handled the deputy premier as he was brought out told a story of what fate might be awaiting the deputy premier. This, undoubtedly,   made the woman completely break down, wailing, pleading with the soldiers to spare Fani-Kayode’s life. He was thrown into the military Land Rover van that brought the soldiers. The throwing of the deputy premier into the military van could be said to have brought a momentary relief to the wailing woman, giving her hope that her man would not be killed. Be that as it was, the deputy premier was not killed.

Earlier, within Abeokuta, Captain Nwobosi gave a woman in labour a ride in the military vehicle to hospital on his way to Ibadan. This humane gesture of caring for a woman in labour by a man, soldier, who was on a mission to kill and spill the blood of political office holders painted an ambivalent or a two-faced Janus of a man who is wicked and kind at the same time. Before the ‘H’ hour on a fateful day, the captain had earlier rallied a detachment of soldiers, drew weapons and ammunition from the armoury. He told the soldiers that they were going to Ibadan on an internal security operation. It was on their way to Ibadan that Captain Nwobosi displayed the humane softness for women in him by helping a woman in labour by taking her to a  hospital to deliver her baby was unusual of a soldier on a killer mission. The trait was, however, repeated a few hours later at the deputy premier’s quarters in Ibadan. It could be said without fear of contradiction that the same trait, the same kindness to a woman was what saved Fani-Kayode, who was popularly called Fani- power by admirers and followers. Nwobosi could have ordered that the deputy premier be shot immediately after he was dragged out of the house. The coup plotters had earlier driven into the Western Region capital, Ibadan, and drove straight to the telephone exchange head office at the Oniyanrin area of the city. The soldiers ordered all the workers on duty to stop work and leave the premises. Without wasting any time, they proceeded to the electricity–generating station and ordered the workers to switch off the power supply,  plunging the whole city into darkness.

It was after what could be called demobilisation of the capital city that the mutineers proceeded to the deputy premier’s quarters and arrested him. Unexpectedly, he was not killed but taken along with the soldiers to the premier, the Late Chief Ladoke Akintola’s house, who was, of course, slain within his premises. It is on record that Chief Remi Fani-Kayode had earlier alerted the premier that coup plotters were on their way to his premises. The gallant response of the premier to the invading soldiers drew their anger which exploded into blood-letting and taking of his life. After killing the premier, the soldiers drove out of the premier’s premises with the deputy premier in their captivity. The soldiers later drove to Lagos with the deputy premier in their vehicle. They never knew that the coup had failed. The late Major-General Aguyi Ironsi had succeeded in rallying loyal troops to foil the coup.

1966, January coup was the brainchild of five majors of Igbo extraction and one Yoruba major, Victor Banjo. It was targeted at removing all the political and military actors who were in charge of Nigeria’s political and military fate. At the time, the political leaders were mostly northerners. The prime minister, Alhaji Abubakar Tafawa Balewa, the premier of the defunct Northern Region, Sir Ahamadu Bello, was the leader of the political party controlling the federal government, the Northern People’s Congress (NPC) and several senior military officers who were northerners were killed. Among them were Brigadier Maimalari and Colonel Largema. With the exception of the premiere of the Northern region, Sir Ahmadu Bello, who was killed in Kaduna by Major Nzegwu, other northern victims were shot dead in Lagos. Major Ifeajuna, who was the head of mutineers in Lagos had driven the prime minister out of Lagos in his car. He was with Major Okafor along Lagos-Abeokuta road. At a point on the road, Ifeajuna stopped the car and ordered Alhaji Tafawa Balewa out of the car. As the prime minister stepped out of the car, Ifeajuna shot him.

The death of the only Mid-Western victim, who was the minister of finance, Sir. Okotie-Boh, was dramatic. The corpses of all the victims of the mutiny were packed into an army lorry driving along the Lagos-Abeokuta road. At a point, Major Anoforo, one of the coup plotters ordered his men to off-load corpses of victims on the road and he saw Okotie-Boh sitting in the lorry. Major Anoforo asked for the name of Oktie-Boh and immediately the minister answered him, Anoforo shot him. Thus Okotie-boh was not lucky as the Western region deputy premier, who was later rescued by the loyal troops in Lagos. The coup did claim lives in the Western region, Northern region and Mid-Western region, leaving out only the Eastern region that did not lose any political leader to the coup. This undoubtedly brought suspicion of ethnic cleansing

When Major  Ifeajuna,  Major Okafor and Major Anoforo drove back to Lagos they became aware that the coup had failed. They. Therefore, had no alternative than to surrender themselves to the Ironsi-led loyal troops, who arrested them and took them to detention. The deputy premier of the Western Region, the Late  Chief Remi Fani-Kayode escaped death as he was rescued by loyal troops who arrested Nwobosi and his squad who drove the deputy premier to Lagos.