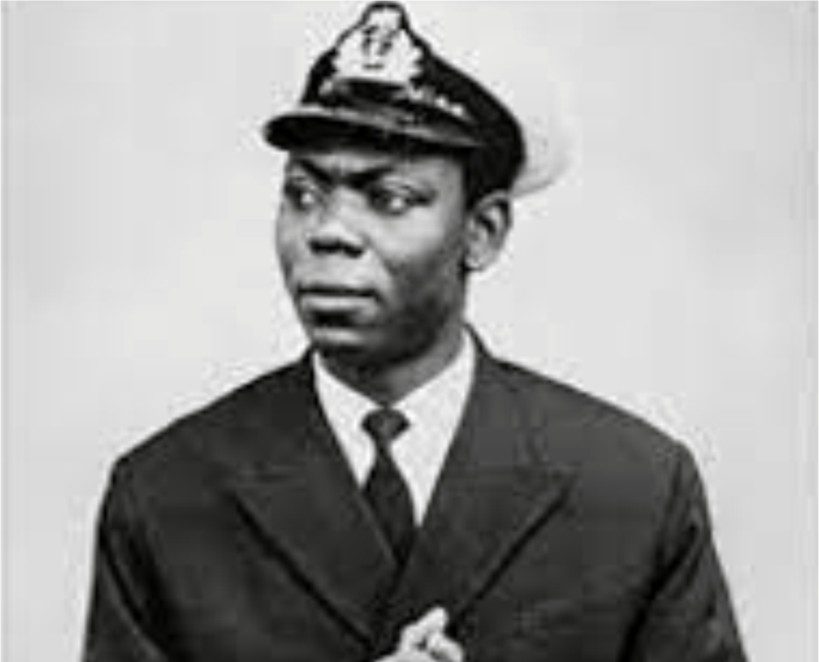 •By The Then Military Governor, Navy Officer, ALFRED DIETTE SPIFF

Practice of Journalism is fraught with different types of danger. The functions of a journalist in society exposes him/her to hostility, especially from pretenders who appear to live a decent life.

As a writer of history in haste, who brings to the public the activities of all and sundry make him/her a prime target for the good, bad and the ugly in the society.

When people are given positive publicity, they are quick to hail a journalist as a gentleman of the fourth realm. If what a journalist writes about them does not portray them in good light, he/she is described as a Press boy a contemptuous tag to deride journalists.

Depending on the gravity of injury a write-up inflicts on its target, exposing iniquities, corruption and abuse of office, the writer could be beaten, mugged or in an extreme case be outright murdered. Arrest, detention or jailhouse house could be imposed on a journalist for doing his/her job, if it is regarded as detrimental to fortune of a powerful person in the society, especially a government official.

During the military era, Minare Amakiri was the Correspondent of Observer newspaper in River State. Reporters and correspondents of newspapers and magazines covering the state were based in Port-Harcourt, which is the capital of the state. Observer was owned by Bendel State that was later broken down to Edo and Bayelsa States. Amakiri was based in Port-Harcourt to cover the socio-economic and political activities in Rivers State in the ‘70s. A senior Navy officer, Alfred Diete Spiff was the military governor of the state.

The governor’s birthday is July 30. That year, 1970, Governor Spiff had planned to celebrate his birthday big. It was planned on grandiose scale befitting the birthday boy’s status a governor of Rivers State. The governor was marking another year in office and he was grateful to God.

Hence the elaborate plan for his birthday. He wanted a birthday bash that would not be easily forgotten by people in the state.

Most of the governor’s well wishers and beneficiaries of his administration did. All the loudness and well wishing were, however, dampened by a story (news) on the grumbling of teachers in the state. The governor fumed.

The governor had earlier looked forward to the day in 1973 with palpitating heart full of joy. It was to be celebrated to thank God Almighty for sparing his life.  The teachers’ protest was like a drop of bile in a buketful of meaty stew.

The sweetness was turned into a bitter taste in the mouth.

The Observer’s correspondent in the state, Amakiri had earlier filled a story, news item, on the grievances of teachers who were not happy about the neglect they were suffering from the state government and by extension the governor.  Leave, study, workshop and seminar alllowances were not paid. Promotion exercises were put in abeyancy and the government was pretending as if everything was fine and good.. Diete Spiff’s administration was not feeling the heat and hardship the teachers were exposed to. The story that brought what could rightly be called a governor’s fury to Amakiri was actually filled  four days before it was published.   Unfor4tunately, The Observer’s Editor in Benin City on July 29 decided to publish the  teachers’ plight story  in River State a good lead story for the 30th July,1973. Coincidentally, that day was the governor Spiff’s birthday.

The governor was enbittered. He believed that Amakiri had bad intention and, perhaps hatred for him. That was why the governor resolved to teach the journalist a lesson he would not easily forget.

It’s a practice among correspondents outside the headquarters of their newspapers to quickly leave through pages of their newspapers for the day when the consignments are delivered early in the morning at state capitals to see if their stories are used or published. When Amakiri saw that his labour (teachers’ story he had earlier filled to the headquarters  of his newspapers in Benin was the lead story for the day, he was very happy. He felt 10 feet taller and literally strutted out of his office on his way to the Press Center. His happy mood was, however, shattered when he learnt from one of his colleagues that the lead story which made him happy had spoilt an august day happiness of the governor. The government House was looking for him. Governor Spiff was literally boiling with anger. How dare any journalist  or newspaper  to publish such a bad story on his birthday. The governor believed that Observer and perhaps Amakiri its correspondent were playing dirty game with his birthday and happiness.  It must be a deliberate action to give him a bad name. The story to the governor had painted him bad, insensitive an uncaring. The question on people’s tongues was how could the governor be celebrating birthday when an important group, teachers in the state were grieving.

When Amakiri was eventually brought before the governor, he was fuming with anger. The soldier in him had risen to the fore, his dander up as a dog rooting to kill a mouse. He looked straight into the correspondent’s eyes and asked, how dare you. I’m not going to overlook this assault. He ordered one of his aids to go and give Amakiri a shave. Go and shave his hair. The soldier took Amakiri away and shave his hair with a broken bottle.  Mostly, shaving with a new blade in a shaving stick may not always be pleasant as one could have a few cuts on the head.

Shaving with a broken bottle is, however, a different experience.

When a journalist writes good things about people in power, they don’t usually remember, but if it is bad and negative, they don’t forget and mostly bay for the journalis’s blood.