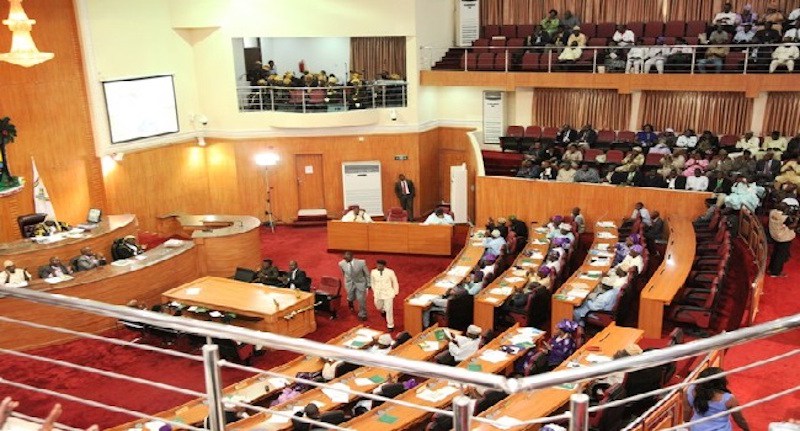 There was a mild drama in the Niger State House of Assembly on Wednesday when member representing Bida 2 constituency, Mohammed Haruna, walked out during a debate questioning Governor Sani Bello’s authority to extend the tenure of the Head of Service (HOS).

Haruna had protested over the matter of urgent public importance raised by Minority Leader, Ahmad Bello, which noted it was unconstitutional for Bello to extend the tenure of the HOS who had passed retirement age.

The matter of public importance had queried the extension of Alhaji Sule Yabagi, who attained the compulsory retirement age of 60 years, saying there was no place in the constitution that gave the governor the right to extend the tenure.

Harun had cautioned legislators not to be at loggerheads with the executive saying, “there is no need for us to quarrel with the Executive at this time.”

He said the motion was politically-motivated and aimed at dividing the House, alleging the mover had no evidence to support it.

Haruna urged the lawmakers to conduct internal investigations on why the governor extended the tenure of the HOS before inviting the Secretary to the State Government and Attorney General to appear before plenary.

When the motion was thrown for debate, the legislators disagreed with Haruna, who walked out realising he had no support of his colleagues.

The Minority leader, who raised the motion, stressed the needs to protect and defend the constitution, adding that the legislators will not sit “and watch someone use our laws as Nollywood and Kannywood.

He argued there was no provision in the constitution that gave the governor the power to extend the tenure of the HOS, stating “we should not be seen stepping on the laws on ground.”

Madaki Bosso of Bosso constituency insisted on the supremacy of the constitution, saying the HOS ceases to be a civil servant from January 15.

Bosso noted if the extension was allowed, it will set a bad precedence for the civil service in the state.

“In the letter being sent to the Head of Service and signed by the Governor, it did not state what part of the constitution that empowered the governor to take out the action.

“It gives serious concern. A study of the constitution shows that no section gave the governor the power to extend the tenure,” he argued.