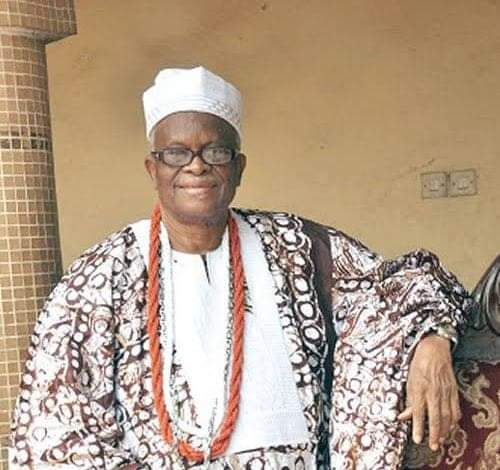 The Olowu of Owu, Oba Adegboyega Dosumu (the producer of Village Headmaster in those days on NTA) has joined his ancestor this morning in Abeokuta.

Sources close to the monarch at the palace told GoldmyneTV that the traditional ruler died on Saturday.

This was corroborated by two other highly placed sources in Abẹokuta.

He said, “It is true that Kabiyesi has passed on. It happened on Saturday but it has not been announced officially.

“He lived a good life and left many good legacies. The palace will soon announce it.”

The Olowu of Owu is the paramount Yoruba king of Owu kingdom. The first Olowu of Owu is also one of the original kings in Yorubaland. The Owu Kingdom is ruled by princes selected from six ruling houses: Amororo, Otileta, Ayoloye, Akinjobi, Akinoso and Lagbedu.