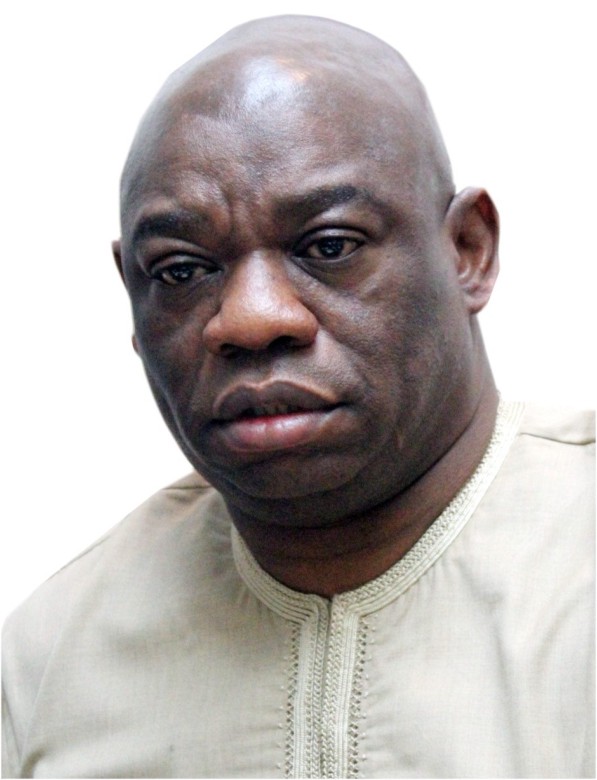 As Nigerians prepare for the forthcoming presidential elections, the conversations around who will get what have been hovering around three major candidates, namely, Asiwaju Bola Ahmed Tinubu of the All Progressive Congress, APC, Atiku Abukabar of the Peoples’ Democratic Party, PDP, and Peter Obi of the Labour Party, LP. Once in a while, the candidacy of Eng Rabiu Musa Kwankwaso also makes the headlines but is not as consistent as the first three. This had made many people believe there are only four candidates in the forthcoming presidential elections.

However, there are over 10 other candidates who are equally strong in their own rights and have the power to weaken any of the big three candidates. They are the underestimated candidates who have the capacity to shock Nigerians in the coming elections. City People bring you the list of candidates that don’t generally make the news headlines. They are the ones that we hardly talk about.

A professor, Christopher Imumolen, clinched the presidential ticket of the Accord Party for the general election in 2023. Imumolen is the founder of Joint Professional Training and Support International Limited and UNIC Foundation, a non-profit, non-governmental organization.

His many achievements in Human and capacity building has earned him international recognition and awards at home and abroad. Prof Christopher has decided to bring home his selfless move to participate in the change mission to revamp the polity and economy of Nigeria He is contesting for the post of President, under the Accord Party and has decided to stand shoulder to shoulder with the big wigs in the race. It is gathered that Prof. Christopher has a very strong support base in the South-South, especially in Edo State.

The Chief Security Officer to late Sani Abacha, Hamza Al-Mustapha (rtd), emerged as the presidential candidate of the Action Alliance for the 2023 general elections. Hamza Al-Mustapha is a former Nigerian Army major and intelligence officer who served as Chief Security Officer to General Sani Abacha, who was Nigeria’s military head of state from 1993 until his sudden death on June 8, 1998.

One major contender that should not be underrated is Al Mustapha. While reaffirming that he is not in the presidential race for financial gains as some would infer, the Action Alliance’s flagbearer said numerous data show that Nigeria is in a very bad place at the moment and as such, committed Nigerians are needed to reposition the nation. “For the last seven years since I came out of prison, we have been undertaking research in and out of Nigeria, and our findings are extremely disturbing.

“What every committed Nigerian should do right now is to understand the enormity of the problems facing Nigeria,” the AA presidential candidate opined. Continuing, he said, “the new world order is changing and we are not changing, the world is running with the moon and we are not, people are flying with the wind and we are not; time has changed and we remain stagnant.” Speaking on his relationship with General Sani Abacha, Al-Mustapha said he has no regret working with the late military dictator.

“I have no regret, once you join the military, you should be open-minded to work anywhere.” The retired major said it was his personal destiny that took him to where he served and that wherever he went, he served with great diligence, leaving records that are indelible for generations to see.

Omoyele Sowore stepped down from his position as the national chairman of the African Action Congress to become the party’s presidential flagbearer. He is one of Nigeria’s finest oratory crusaders who have stood for truth against all odds. He is so radical that some writers believe his audacity will be his weakness in the forthcoming elections.

Sowore is a Nigerian human rights activist, pro-democracy campaigner, and founder of an online news agency Sahara Reporters. Sowore had previously run in the 2019 election. Currently restricted from leaving the City of Abuja, Omoyele recently spoke about how he was particularly and deliberately left out of the recently concluded NBA program that featured the big three candidates in the election. He maintained that the NBA has compromised and he will shock everyone with the result of the forthcoming election. We believe him.

Founder and Chief Executive Officer of Roots TV Nigeria, Dumebi Kachikwu, emerged as the presidential candidate of the African Democratic Congress (ADC) at the party’s presidential primary election, which was held in Abeokuta on June 9. Kachikwu beats Kingsley Moghalu to secure the ticket.

A businessman from Ogun State, South-West Nigeria, Sunday Adenuga clinched the presidential ticket of the Boot Party (BP) for the 2023 general election in the party’s primary election on June 7.

Kola Abiola, the eldest son of late Moshood Abiola, emerged as the Peoples Redemption Party (PRP) candidate following his emergence at the party’s primary election. Kola is a smart and intelligent young man who has managed most of his father’s legacy for over 25 years. He also controls a huge number of followers on social media and in key areas where he has sustained his father’s community project.

Nigerian Lawyer and Founder of the KAFTAN Television Adewole Adebayo emerged as the presidential flagbearer of the Social Democratic Party (SDP) for the 2023 general elections at the party’s National Convention that was held in Abuja.

A son of the Ohinoyi of Ebiraland in Kogi State, Malik Ado-Ibrahim, emerged as the presidential candidate of the Young Progressive Party (YPP). Malik is a businessman and founder of the Reset Nigeria Initiative and One team Arrows A20.

Dan Nwanyanwu is a politician, businessman and lawyer who was Chairman of the Labour Party (LP) from 2004 until 2014.

In 2014, he represented Labour Party at the National Conference as one of the 492 delegates. At the Conference, he insisted on the unity of the country, good governance and the development of solid minerals nationwide. He equally fought for transparency in government and insisted on stronger and stricter punishment for corrupt officials in government.  Also, because of his background as a union leader and representative of the Labour Party, he advocated for the employment of both skilled and unskilled youths across the country. His massive supporters in Imo are expected to turn up for him during elections.