The Many Things Life Has Taught Me @ 80 – Otunba ADELEKE ADESINA, Pioneer President Up ASSO 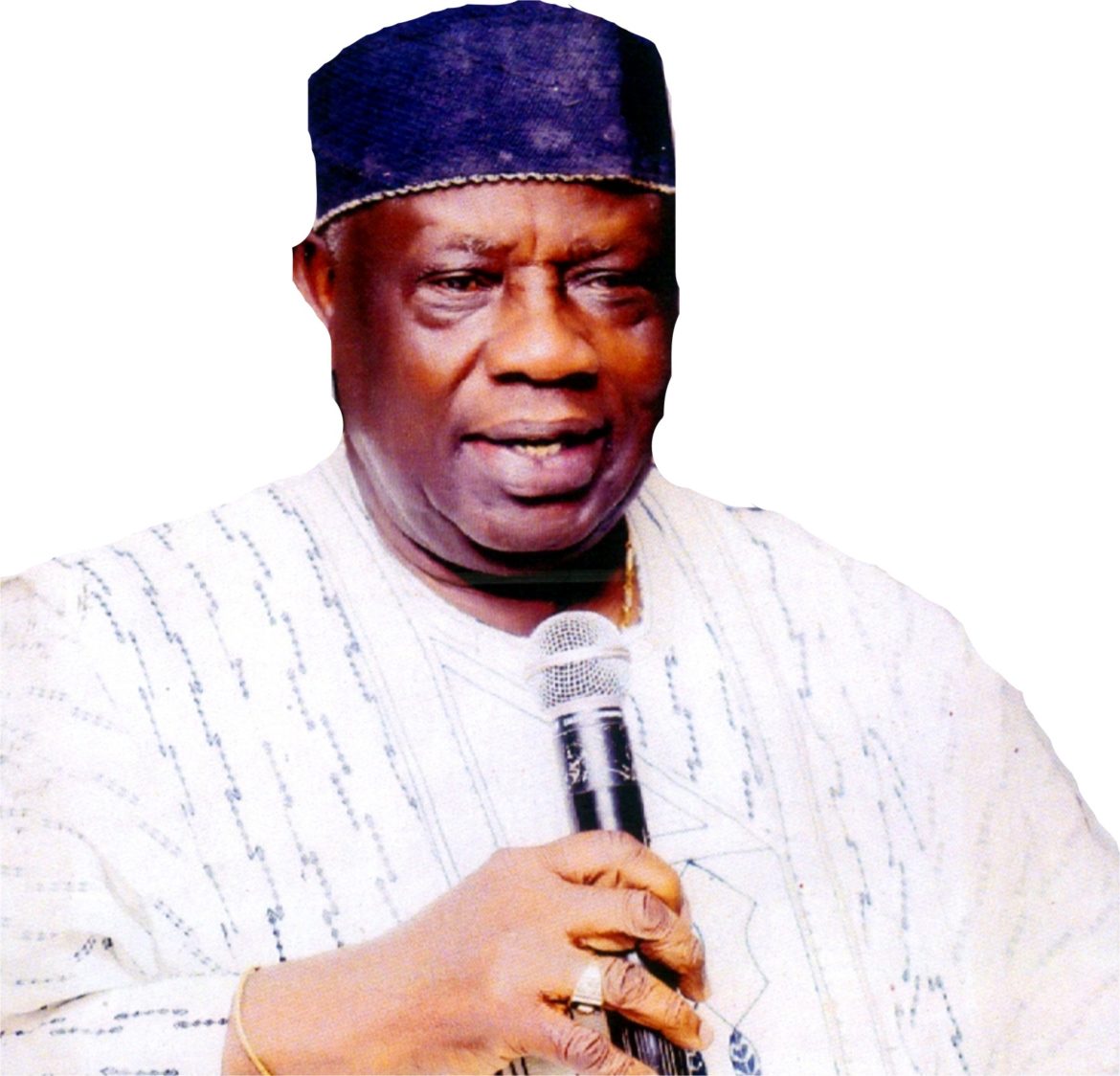 On 10th December, 2019 Otunba Festus Adeleke Adesina, a Constructions giant clocked 80 and he celebrated it big. He is an accomplished man. He is also the Pioneer President of Association of Friends. On that day, it was celebration galore as members of his family, friends, professional colleagues and members of Up ASSO gathered at the Club House at Maryland in Lagos, to honour him to a luncheon party. Before the party, he told City People how he felt at 80.

How does he feel at 80? “I thank God almighty for having been able to live up to 80.  It has been a herculean task for me, because if I look at my family from my own mother we were 7 and I happened to be the 2nd to the last unfortunately or fortunately, whichever it is, I am the only one living now. I thank God for that. So far so good from my mother. The oldest that died last was 79+. I have passed that, I am 80 I turned 80 last December.”

What has life taught him as he turns 80? “Life is what you can make out of it.  It has been ups & down but mostly I will always thank my creator for what he has done to me. I was about 10 years old before I was able to go to school through my eldest brother who was in his final year at Abeokuta. Baptist Boys High School. My father didn’t want me to go to school. He wanted me to be an illiterate farmer. But my brother insisted that I must go to school. He took me to the Headmaster in our home town, in Ikenne Remo in the 2nd Quarter of that year, I started school there. Fortunately, I wasn’t doing badly, maybe because I was already on old man then. I left there Ijebu-Ode to continue because I followed one of my half-brothers. He likes me so much. He was posted to Ijebu Ode, working for P & T. I was there with him for 2 years.

After 2 years, going to standard 4, I moved to Lagos with my eldest brother, a lawyer, who died about 15 years ago. I went to St. Jude School, Ebute Metta where I completed my primary education.

There was a Building & Road Contractor in those days called Wilton Waddell who used to dress in his short nicker like a European. Most of us young guys were following his and whilst he was doing his road construction and he was the one advising as to go into technical education. I was interested. I ended up at Government Trade Centre, Yaba because of what Wilton Waddell has been telling us. After some years I moved to Technical Institute,Yaba, as will for my secondary school education where we were taught a lot of things like carpentry work, bricklaying. I finished my Technical Education there and I started working with Lagos Town Council.

After that I got a paper that allowed those of us with technical education to go to the UK, to go to school and also work. That was how I ended up in the UK, where he met some of his friends like  late Oba Fatai Irawo.

He is a distinguished professional, Chartered Builder and Construction Project Management expert, who has over forty (40) years working experience in the Building Industry both in UK, USA and Nigeria, Otunba Adeleke was Pioneer President of the great Association of Friends for 18 straight years, (1978 -1996).

Many don’t know that Otunba Festus Adeleke Adesina was born on the 10th of December, 1939 in Ikenne-Remo, Ogun State of Nigeria into the Christian family of Chief Emmanuel Akintoye Adesina, the “Baba Ijo” of Our Saviours Anglican Church and Chief (Mrs.) Dorcas Adebanke Adesina (a.k.a. “Iya Alanu”) both of blessed memory.

His paternal grandfather, late Chief Adesina Osinlaja, the grandson of Ladejobi Fidipotegboye of Moko Fame, Ikenne-Remo was closely connected to Agunsebi quarter, Ijebu-Ode and was the most popular Apena of Ikenne between 1936 to 1946 when he died peacefully. His maternal grandmother, Chief Elizabeth Tinouse Solesi, was the first “Iya Egbe Ijo” of St. Saviour’s Anglican Church, Ikenne, which was founded in 1898. His early education was in Ikenne, Ijebu-Ode St. Saviour’s Anglican Schools and at St. Jude’s School, Ebute-Metta, Lagos. It was during his time in Ebute-Metta that his career path was determined.

He whiled away his time by watching late Wilton Waddell (a.k.a. African European) because of his mode of dressing, constructing roads in and around Ebute-Metta, and indeed it could be said that late Wilton Waddell was an early mentor, as he persuaded the young man to attend Government Trade Centre, Yaba, the Yaba Technical Institute (now known as Yaba College of Technology) for his technical secondary education.

He worked briefly with Lagos Town Council and LEOS before leaving for UK. Otunba Festus Adeleke Adesina left for the United Kingdom 1964, to continue his Advanced Technical Education at the Brixton School of Building, London (now known as South Bank University) with courses in Highway Engineering, Building and Architectural Technology. After a brief sojourn with Messrs Oscar Faber & Partners in London, his quest for further studies led him to the United States in March 1971, specifically the North-Western University in Washington D.C, where he pursued a Post Graduate course in Construction Project Management. He has attended several Management courses both abroad and locally such as Critical Part Analysis (CPA), Solution Management, Cost and Audit Management as related to the building industry.

A consummate and distinguished Professional, Otunba Adeleke has worked in different positions

Managing Director and now Chairman/Chief Executive of a famous Architectural Company that has just completed the Head Office of Central Bank of Nigeria Building, Abuja, the biggest and cheapest building in Nigeria that can be compared favourably with any building in the World.

On return to Nigeria in 1968, he worked briefly as Project Officer with Group Consultants Nigeria and in 1972 after returning back to Nigeria from the USA, he joined Watkins Gray Woodgate Nigeria, a firm of Architects, as a Project Manager moving from ladder to ladder until he became the Managing Director of Interstate Architects Limited when the name of the firm was changed and incorporated in 1987. In the year 2000, he became the Chairman and Chief Executive after the retirement of the expatriate holder Arc. Peter Gilmore who left the country to settle abroad, but still remains as Shareholder and Consultant to the Company.

READ ALSO: ALL THE THINGS LIFE HAS TAUGHT ME AT 85 – IYA OGE OF LAGOS, CHIEF MRS OPRAL BENSON INTERVIEW

The Many Things Life Has Taught Me @ 80 – Otunba ADELEKE ADESINA, Pioneer President Up ASSO was last modified: February 10th, 2020 by City People

All The Things Life Has Taught Me At 85 – Iya Oge of LAGOS, Chief Mrs OPRAL BENSON Interview