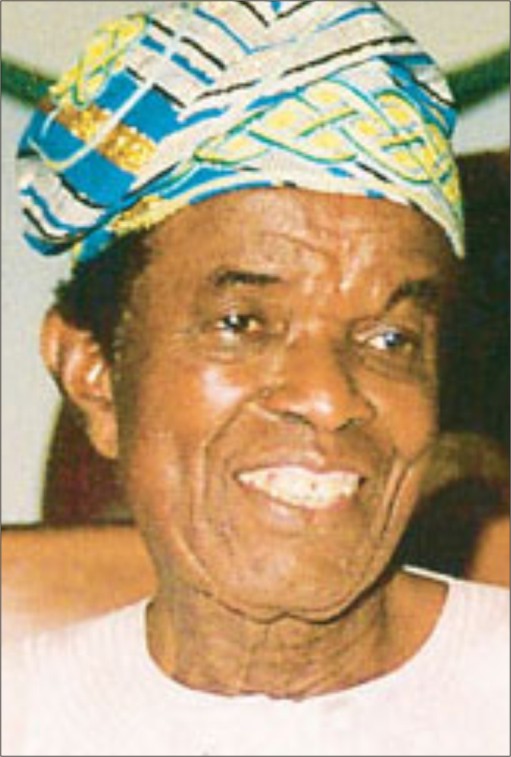 A unit of the late maximum ruler,  General Sani Abacha’s killer squad was waiting patiently at a bend close to the Federal High Court on the Catholic Mission Street that passes in front of King’s College on Lagos Island. They were in more than one vehicle. The National Deputy Chairman of Afenifere, late Pa. Abraham Adesanya, a lawyer, had one of his clients to defend in the court that day. He did not suspect that any foul game that could threaten his life was around the corner. Pa. Adesanya was also a member of the National Democratic Coalition (NADECO), a pro-democratic body fighting the military government.

The military killer squad that fateful had an assignment. The order given to the squad was to eliminate Chief Adesanya. Soldiers who were members of the squad, armed to the teeth, were patiently waiting for their prey. As the eminent lawyer was driven out of the court’s premises in his Mercedes Benz car and headed, perhaps, to his office, the killer squad discreetly followed, driving behind Chief Adesanya’s car. The evil entourage got to what could be called the point of action, two gunmen stuck out their heads, carrying rifles. They opened fire on Adesanya’s car.  They rained bullets on the car. They were generous with their evil intention.  Forty-two bullets were fired at the car. The rear windscreen was shattered.

There was an unconfirmed report that the activist lawyer was shouting at his driver not to look back or park the car, despite that bullets were beating an unpleasant tune on the roof and body of the car. The street was quickly deserted as everybody on the street scampered for safety. It was a terrible experience for residents at home; traders who ran shops in the vicinity and were already in their various shops. The killer squad’s target who was Chief Adesanya escaped unhurt, while his driver was not wounded either. The Mercedes Benz car was, however, a wreck.  The killer squad believed it had eliminated their target and must be jubilating at their rendevous that another enemy of the government had been killed. The national 4 O’clock news, however, made them sad as they learnt that their target escaped unhurt.

Their principal in Abuja, General Sani Abacha, could not believe that any occupant of the shattered car could be alive. The photograph of the damaged car was a front-page feature photograph for most daily newspapers that day. At that point, Abacha was said to have remarked that if Adesanya escaped the killer squad as he did, the onslaught against the pro-democracy group, NADECO, would not be easy.

Earlier, the emergence of an interim government called the National Interim Government (ING) after the annulment of June 12, 1993, presidential election won by the late Chief  Moshood  Olawale Kashimawo Abiola by the Military President Ibrahim Babangida, triggered resolution of people to say ‘No’ to the dictator, fought back to retrieve their battered right to elect leaders who would run the administration of the country based on the norms, dictates and values of democracy. The military contraption called  ING was headed by the late Chief Earnest Shonekan who had no political base. At the time of annulment, Sonekan had no relevant political constituency. He was neither a soldier who could plan a coup nor a politician who could amass mandate through the ballot box. The people were tired of jackboot politicking.

That was how many people, civil rights bodies and pro-democracy individual civil rights activists rallied like-minded people to reject annulment that gave birth to a resistant pro-democracy group called NADECO. The group rose to the challenge thrown by Babangida who aborted a transition to the democratic rule programme he had earlier started, to perpetuate the military in power. The group insisted that June 12, 1993, presidential election would not be allowed to go to with the winds. It must be revalidated. In its character, the military government does not tolerate opposition of any colour. The pre-democracy activities are tagged insurgent groups regarded as enemies of the state.

Thus, the country became a hotbed of pro-democracy activities. In the course of the struggle for the revalidation of the June 12 election, many were killed by a deadly strike force that included sergeant Barnabas Jabila a.k.a. Sergeant Rogers. Those killed included Pa. Alfred Rewane, Suliat Adedeji, Admiral Elegbede and the wife of the acclaimed winner of the June 12, 1993, presidential election, the late M.K.O. Abiola’s wife, Kudirat Abiola. The seat became too hot for Chief Shonokan, who was earlier the Chairman of the United African Company (UAC). Babangida, the architect of the ING, along the line, stepped aside, leaving Shnekan unprotected and exposed to the hostility and virulence of the pro-democratic activists who were organizing protest marches and demonstrations across the country to put the back of the government to the wall. Weak and without any solid support, it was not difficult for the Defence Minister, General Abacha, to shove Shonekan aside and take complete control of a new military government. It was glaringly clear the ING was all along existing under the shadow of the military as it had no independent existence of its own.  To suppress the steaming insurgency in the country, the military organized killer squads to eliminate any person or group that posed to be a threat to the existence of the country and, of course, the military government. Indiscriminate arrest and detention of those suspected to be hostile to the government became the order of the day. There were disappearances of people not to talk of detention without trial.

Revealed! Why TOYIN ABRAHAM’s Fans Are Crazy About Her